The whole Swiss Cottage area has changed beyond recognition. There seem to be few photos of how it was till the late 1960s, when the Cottage Grill, my father's restaurant, was demolished. This building gave it's name to the whole area as it was built in the style of a Swiss cottage (not a Swiss chalet!). The Swiss Cottage pub at that time looked NOTHING like a Swiss cottage or a Swiss chalet - it was re-styled to look like that later, giving the impression it gave its name to the area. I can find no photos of Swiss Cottage with the restaurant in the middle of the road junction where an Underground entrance now is. Behind the restaurant, which was once a farmhouse and dairy when the area was all fields, was a garage, then the pub, then the Odeon cinema. Opposite was an arcade of shops and the Tube station, and Belsize Road was a major road with buses running right into Finchley Road. On the other side of Finchley Road was the Blind School. I have a drawing of the Cottage Grill which is on the Swiss Cottage page of Wikipedia. A few photos of part of the building, inside and out, but none of the complete building. Some must exist as it was in a very prominent position. The building should have been listed, it was unique and very historic. 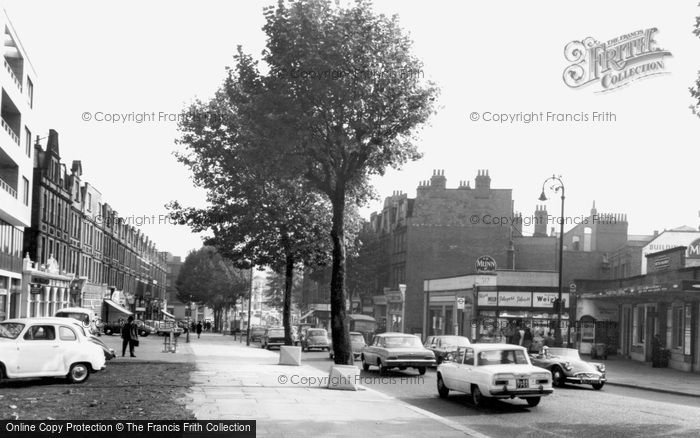