I grew up in Hindhead near Thursley in the 1960s and this story was extremely well known locally. On the walk which we did often up to Gibbet Hill above the Devil's Punch Bowl you would pass the Sailor's Stone memorial which told the story of the crime. The Sailor's Stone is still there, as is the unknown sailor's gravestone in Thursley churchyard which, having moved back to the area, I saw just the other day. The perpetrators met their victim in the Red Lion Inn, where they told him that they would keep him company on the road to Portsmouth. At Hindhead, then a bleak and almost uninhabited heath, they killed him and stripped him of all his possessions, rolling the body down into the Punch Bowl, where it was discovered the next morning by a local broom squire. The murderers were apprehended when they tried to sell the young sailor's clothes in a village further down the Portsmouth Road, and were tried, convicted and hanged in chains on the hill above the Punch Bowl, at 272 metres the second-highest point in Surrey. This hill, previously known as Butterwedge Hill, has been called Gibbet Hill ever since. Charles Dickens refers to the sailor's murder, which took place in 1786, in 'Nicholas Nickleby', when Nicholas and Smike come to Hindhead on their own journey down the Portsmouth Road, and Nicholas tells Smike the story related on the Sailor's Stone. 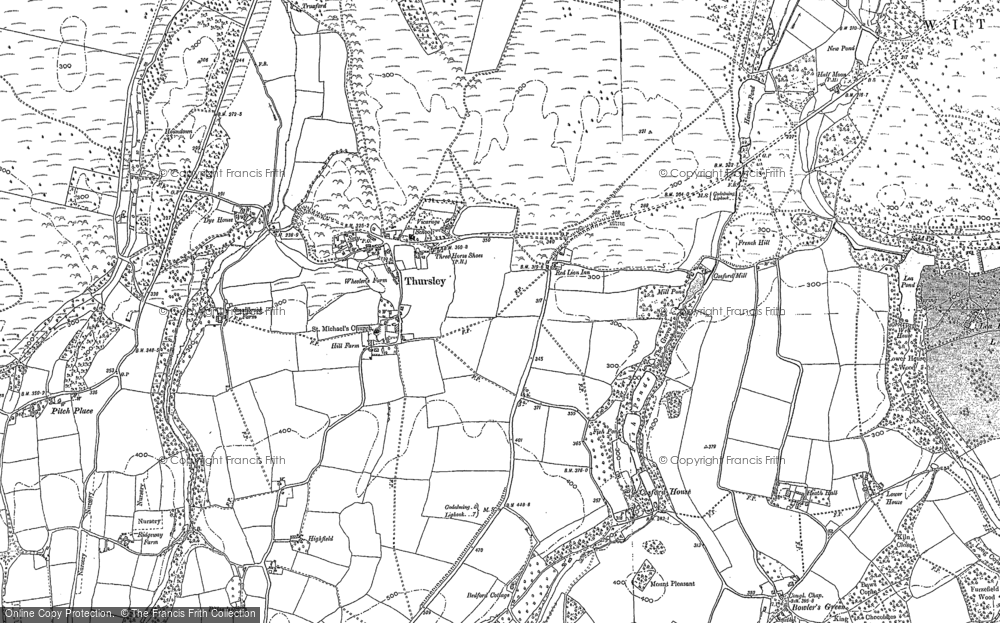