I was married here in 1969 and I remember it as a glorious sunny day. My grandparents lived in West Park, where I was born, but my parents moved shortly afterwards, so we spent holidays here then. Gran and Grandad were stalwarts of this church. Gran cleaned it, and Grandad was churchwarden and choirman almost until the day he died. They both died in 1967 and are buried in the churchyard...Harry and Mary, united in death as in life. Many years passed before I visited Tideford again, and then by a combination of circumstances I found myself presiding at Holy Communion on a Sunday morning. Gran and Grandad would have been so proud. They would never have imagined that the world and the church could have changed so much that their grandaughter would be an ordained priest.
And the world has changed. We had so much freedom there. Provided we children appeared for meals, we were free to roam. We would walk to St Germans to visit other relatives, we would feed chickens, and gather eggs and blackcurrants, we would scratch Uncle Albert's pigs, and run the gauntlet of Mrs Doney's goats when we went to have our warts charmed off....that garden has houses built on it now.
It's sometimes a mistake to go back. I don't know anyone there now, and no-one knows me; even the Rod and Line has lost its mystery now that I'm allowed to go in, rather than sit outside with a lemonade and a bag of crisps...always cheese and onion! But all the same, I might retire there! 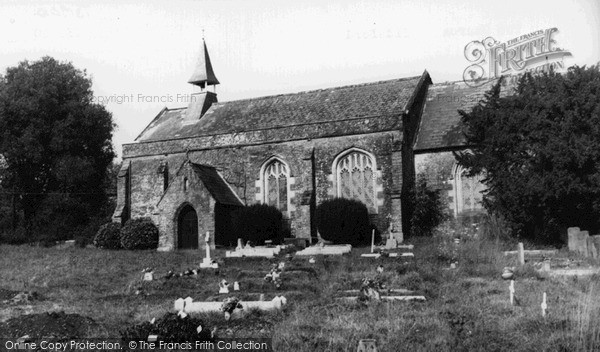