We moved to Oaktrow in January 1957, me travelling in the cattle truck. The rest went by car. We stayed the first week or so at the Lion Inn, Timberscombe. Oaktrow had been purchased the previous summer. We eventually moved in and gradually things got more civilised. I liked staying in the village and playing skittles at the pub. In those days there were 3 shops nearby. These were Mrs Yeandle's, the Coombe Stores and S J. Loveridge. Nearby lived 2 farmers viz Harry Bishop at Great House and Tommy Heard at Kiln Farm. Our daily, Mrs Prole, lived near the church and on the corner was Mrs Huxtable's filling station which seemed open all hours. Going towards Dunster was the post office run by the Bond's whose daughter was church organist and the Forge run by Sammy and Ken Grabham. It was more of a woodyard than a forge! Nearby was Knowle, which is now a holiday place for horseriders etc. Going towards Wheddon Cross, the next farm was Bickham(Dru family) and the River Aville ran past it. We were in the village frequently and most of our groceries came from Mrs Yeandle's. Other farms in the area were Beasley (Capt Bill Heathcote), Allercott (James Henderson), Stowey (Mr Watts) and Old Stowey (Major Bill Enderby). Down in the beginning of Snowdrop Valley was Steart (Mr Schofield) and above them West Harwood (Henry Stevens).
It was a lovely part of the world in which to live and at one time I had hopes of it being my permanent home. Sadly this was not to be due to friction between myself and my parents. Now I rarely go there, the last time being in 2000 to attend a memorial service for Anna Henderson, and how it had changed. Now there is a bypass, and there is (or perhaps was) one sub post office where the Coombe Stores was and the Lion had been altered inside. Oaktrow too has changed and is no longer a farm. The whole 170-odd acres have been sold in lots and the barn has been desecrated. The farmhouse now includes two flats for letting. The only thing that hasn't been spoilt are the views towards Porlock and Minehead.
I now make a pilgrimage to West Somerset yearly to see Dunster Show as we still have a few friends in the area. I do however get the feeling when I arrive in those parts that I have 'come home'.

Sun Aug 12th 2018, at 9:01 am
ann.nurcombe commented:
Hi Mo,nice to know someone who knew all the familiar people.I remember Billy Baker and I remember henry Stevens.After I left oaktrowHenry's son helped my father with Oaktrow.We grew quite an acreage of cereals and as the cattle had been sold,the only livestock was sheep. It helped Henry as it was extra hay acreage and plenty of straw.they did the work and had as much hay and straw as they wanted,whilst father sold the grain.
Add your comment
Report abuse
Sat Feb 4th 2017, at 8:50 pm
mofergusson commented:
Hi John, I too remember Mrs Yeandle's, Mr Hewlett's, Mr Loveridge's and the post office. Do you remember Mr and Mrs Baker running a taxi service and there was a butcher's shop close to their house, just across from the back of The Lion. My grandparents lived in Brook Street and laterly we lived down in Meadow View. Previously we lived in one of Henry Stevens' cottages in Snowdrop Valley. I briefly went to Timberscombe School but changed to Cutcombe School. There was a cobbler in Duck Street (Great House Street). The Great House was a b&b.
Add your comment
Report abuse 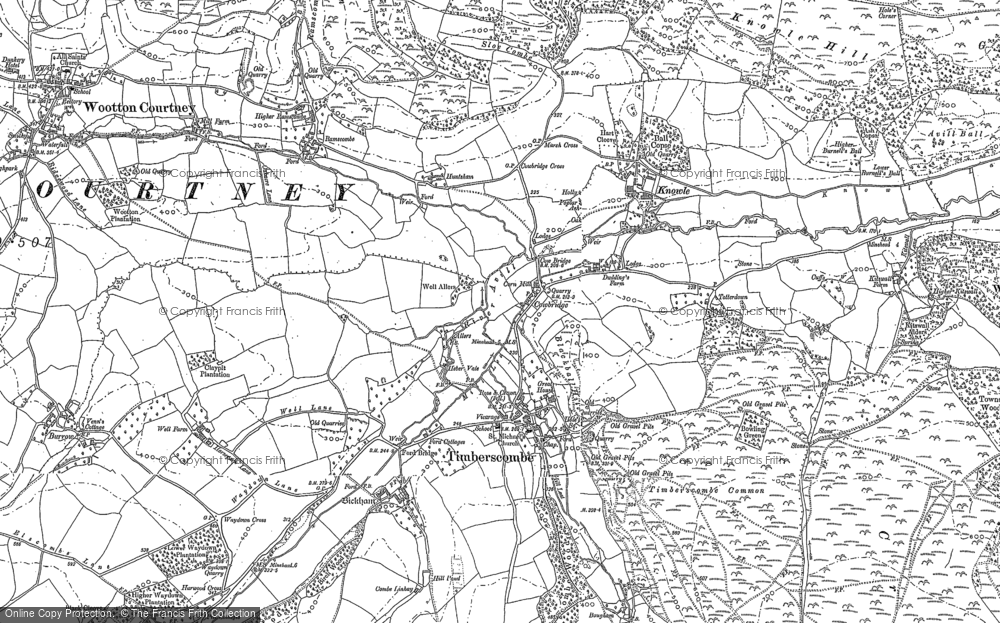