My Lodgings In Timperley - a Memory of Timperley.

I stayed in lodgings in Timperley in 1966 in a small cul-de-sac called South Meade. I had to find accommodation as I was transferred from London to work at the Bank of England's branch in Manchester and by chance the hotel that I found for my first couple of weeks was in Timperley - am easy train ride to the city from Navigation Road station. The local paper carried an advertisement by a nearby landlady offering a vacancy which suited me. I believe I paid £4-10 shillings for my board but I had to find another 7/6 a week to garage my car with one of her friends around the corner as she wouldn't let me keep my car at her house! At the tender age of 20 I was by far the youngest of the six boarders in her house and it didn't really suit me at all. Timperley was fine - handy for commuting, shopping in nearby Altrincham, country walks with a girlfriend, Anne Senyszyn, who I met in happy times with the Altrincham and Sale Young Conservatives! I moved on within a year and eventually settled in with a younger set at the Manchester YMCA. I shall always remember Timperley as a pleasant place to stay and back in 1966 it was pretty similar to leafy London suburbs. 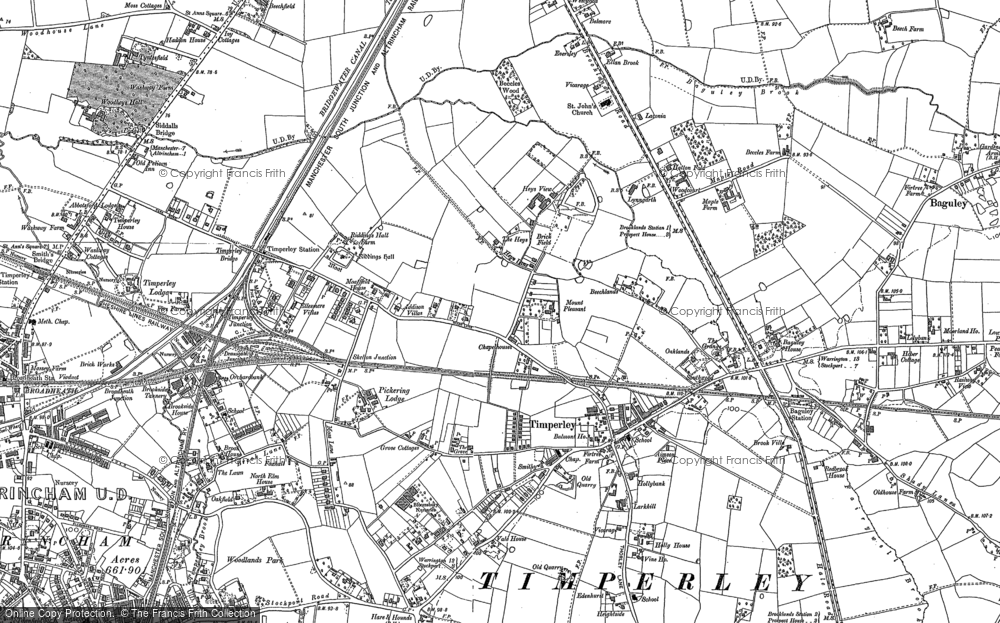