Sunday Service - a Memory of Tintagel.

I was looking through pictures on the FF website of Cornwall, especially those of Helston & Tintagel. The picture of this church stirred an embarrassing memory…
From the late ‘70’s to the new century, spent many Sumner hols at these Cornish villages. Arrived at them on a variety of transport, motor & pushbikes, hire cars, vans & minibuses, even hitching.
At Tintagel, the guardian of the campsite we used was nicknamed ‘Mad Max’. Rumour had it he had a cask of rough scrumpy at the back of his hut, & certainly conversations with him became more difficult as the day went on. But never had any issues. Until 1991. Martin & I had turned up in his ‘72 VW camper. MM was very ‘off’ with us from the start. Whether he possibly thought we were New Age Travellers, I don’t know. Matters came to a head one Saturday afternoon when we took the van to the village shop, picking up some food & cider. Got back to the van to find Max parked next to it. He accused us of ‘doing a runner’, although we had paid him up to date - & our picnic chairs, table & some of our gear was still on site. Things got quite heated, we decided not to stay at the campsite anymore, & parked the van near to the church. Which we wrongly thought was unused. A convivial evening with some locals followed, & we partied into the night. We surfaced mid morning, unwound the windows, & put on some wake up music - Nirvana - very loud. Looking out of the VW we saw, far from being unused, the Sunday Service had just ended, & we were getting some very strange looks from the good folk leaving the church - we left hurriedly, & very embarrassed.

Martin has long since passed on. But a couple of years ago myself & another friend from those times decided to try to relive our youth. We first went to a festival. then down to Tintagel on motorbikes. The campsite was unrecognisable. Posh loo/shower blocks, no falling down hut, but a smart shop/reception area. A much older/greyer Max came out to serve us, swear he gave me a filthy look.

A memory shared by bru.enzer on Jun 3rd, 2020. Send bru.enzer a message 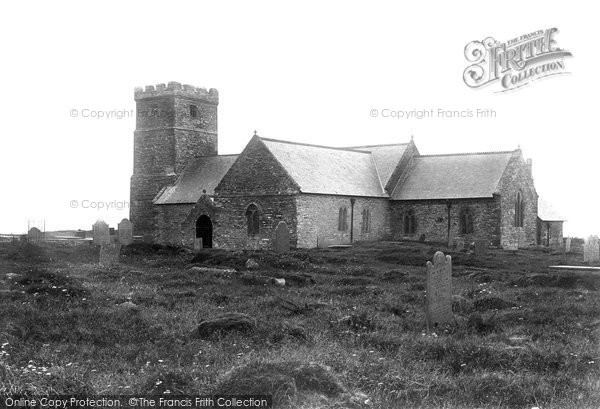