Tintagel - a Memory of Tintagel.

In 1955 I was 11 years old, I lived in New York with my parents and my brother. My mother was from Scotland, she and my father had met when he was in medical school there. 1954 was my mother's first trip back to see her family since she had left them in July 1943. My brother and I fell in love with Britain and everything about it. That summer we stayed in Scotland. We returned in 1955 and spent about 2 weeks in Tintagel that year at the Hotel Atlanta. It was a time steeped in magic; The knights of the round table, King Arthur's castle, Merlin's Cave.......our fairy tales had come true. We remember fondly Mr and Mrs Ayles who owned the hotel in those days, and Hugh, whose jeep brought us daily down from the hotel to the shore. Our British aunts, uncle and cousins were there with us too. Memories that neither my brother nor I will ever forget. I remember the local custom of the Flora Dance, where everyone, both locals and guests danced in the streets. I remember the bar in the hotel, where everytime anyone left to use the bathroom, the bartender (usually Mr Ayles) would ring the P bell....a bit emabarassing, but fun. Had my first shandy there at that bar, and also something called a Perry I think, which was a pear cider. My brother and I spoke just the other day and we both have such fond memories of this place. We even remember some of the other guests and their dogs. My brother made a friend of a boy called Trevor; there was a young couple there with their Alsatian called Rex, and a very nice woman with a silver poodle called Antionette. It was truly one of the most magical summers, and one of the most magical places. We were so sad to leave when our time there was finished, but our memories of the Hotel Atlanta and its people are memories we will treasure forever. 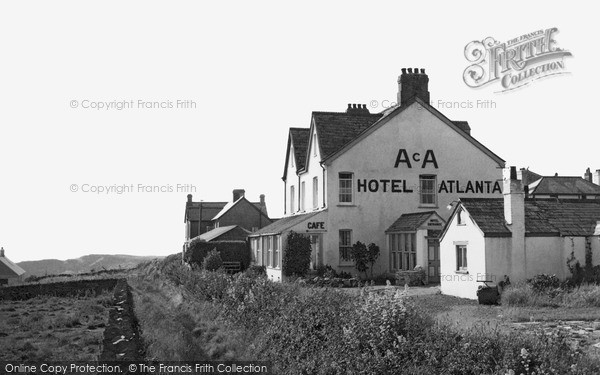