Saw your Memory with interest. I have done two others on the site - people will think "He's vain", but hardly anyone else seems to have bothered.
I can remember the smell of hops drying here in the 1950/60s. I was born in 1950 but my father had lived since 1933 at 'Cartref' (which is Welsh for home). It's now called 'Hightrees' for some unknown reason. It is one of the houses on the main road, just up from Mabledon Farm. He knew the Larges well and did all the family's teeth. Often he would get a phone call from Ramond Large's father saying "Reg, can you go up to such and such a field? The pigeons are getting out of hand". So he was off with his 12-bore and a few decoys, usually on a Saturday afternoon, after morning surgery. Mr Podmore, and later Mr Young at Nightingale Farm, would do the same. We all knew each other in those days. All he had to do was climb over the fence at the botton of the garden, and cross the fields. Later the smell of the gutting of the pigeons' crops was unpleasant - but the dogs enjoyed it!  During the war he sometimes did the teeth for the Prisoners of War (mostly Italian) in the Nissen Hut camp buildings, across the main road in the Mabledon Woods (now Home Farm). One of them made a ring for my mother out of a sixpence with an aeroplane engraved on it. I still have it. They paid for their dental work by working in our rather large garden - Mum provided sandwiches etc.  There was a German prisoner of war who went to work on Nightingale Farm, the next one to Mabledon Farm - towards Southborough. His surname was  Berger. I wonder if he was the one shot down. He stayed until the 1950s and knew my parents well, and also helped in the garden and I remember him helping my father to lay more soakaways behind the rhodedendron bushes as we were on septic tank drainage until the 1980s, when mains drainage was laid on to our successors - at a cost of some £2000, so I was told by a former neighbour. In the 1970s my mother told me that he (Mr Berger) and his wife and daughter called on them whilst over here on holiday from Germany, which was a nice gesture!
Did you know Ethel Cocks who was a supervisor in the Southborough exchange and Joyce Woodruff who worked there in the 1950s? I knew her son Michael. They lived in Prospect Road, Southborough at  No. 101 - one of the old pre-fabs, now replaced by 1970's houses. Ethel was well known in Southborough and was a close friend of my mother up until her (mum's) death in 2001.
Hope you don't mind the ramblings. Did my father do your teeth? South Tonbridge was his main catchment area. I know he had patients in George Street and up the Meadow Lawn area.
Yours, Rodney Warrener.

I wonder if you might be able to help me - I recently bought an old Letts diary from 1947, belonging to R. large of Mabledon Farm, Tonbridge. R. large was 16 at the time of writing, and the diary is full to the brim with his various chores on the farm with ‘Ma and Pa’ and there is mention of a Robert, who I think might be his brother, as well as names of friends. It is such a joy and a wonder to read, and I decided that I would love to research more about this lovely lad and what happened to him, as a little project! He certainly worked very hard on his parents farm, with the animals, fruit and vegetables.

As you mention Ramond Large on your lovely article about the farms, I just wondered if you might be able to tell me more - his parents names, and any other details you may know that might be able to help. On one of the pages, he mentions that he went to the dentist, which was probably your Father!

I would be very grateful for any help that you can give me - I have already come to a halt on Ancestry research as we cannot tell if his middle initial looks like an A or a D, or even something else! His parents names would be such a help! 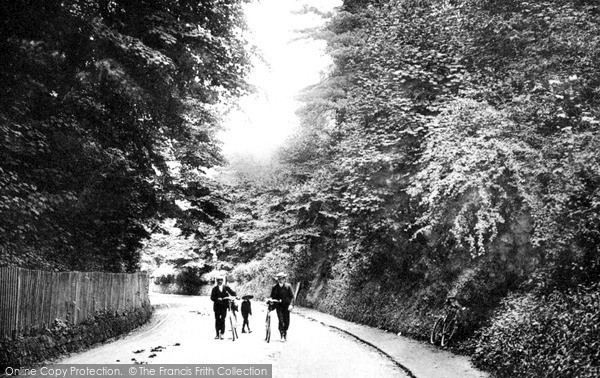