My Memory Of Tong Castle By Babs Potts - a Memory of Tong.

My name is Irene Harriett Potts (nee Bryon), I was born 18-1-1921 at my granny's house in Bishops Wood (her name was Harriet Robinson). Our home was number 23 Offoxy Road, Tong, I lived there with my parents Louie and William Bryon, two sisters Eileen and Hilda and my brother William.
In 1924 after my father was killed in a road accident our family moved to number 22 Offoxy Road because it was a shilling a week cheaper (equivalent of 5p today) and because a larger family (the Smiths) were coming to work at Offoxy Farm, they needed three bedrooms and we only needed two.

The lavatory was outside, it was a 'double holer' (a plank of wood with two holes, one large and one small.  Hilda and William were frightened to go on their own so I had to go with them, but when it was my turn I had to go alone - it was terrible, frightening going there in the dark, I used to take a candle.  Our loo paper was neatly cut squares of the Radio Times which was more up-market than newspaper. Auntie Poppy (Sarah Gillett) gave us the magazine - we didn't own a radio.

We went to the village school which had about 55 pupils.  There were two teachers there and Miss Breeze the headmistress, she was lovely.  At school we knitted so many socks we were able to buy a sewing machine with the proceeds - this was for the girls to make their own summer dresses - I'm sure the boys would have liked a knitting machine, they were fed up with knitting socks!

At lunchtimes some of us from the school would walk across to Tong Castle.  From a distance it looked complete but actually only the front wall of the castle remained.  In the early 1920s my father, who was a coal miner at the Littleton pit in Cannock, helped along with other volunteers from the village to help make the castle wall safe.  During the Second World War a man climbed the castle wall and fell to his death - following this it was decided it was unsafe and the decision was made to blow it up.  It was used by the army for target practice.
When my father was helping to support the structure he salvaged a piece of timber that was once a step in the castle, he made it into a stool which we still have.

In the village we had a brick kiln which belonged to the Bradford Estate, a forge, a wheelwright called Mr Bridgewater who was also the coffin maker, there was a shop which sold sweets and a few groceries run by the Parton family - Mr Parton was also the tailor, there was a post office - the postman's name was Mr Bowden - and a pub called the Bell, which is still there.

I got married in Tong church to John James Potts on the 31st October 1942 (Halloween). 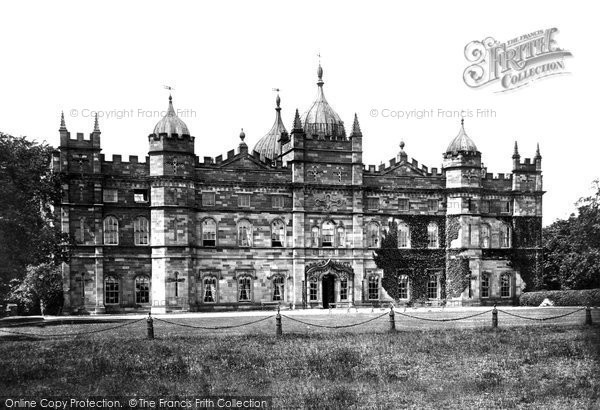