They certainly were the days - so much better than the present. I spent the first 22 years of my life in Tongham from birth in 1953 until moving away in 1976. I remember the hop fields, the infant and junior schools and the Nativity Plays held therein. The Evangelical Church where I went to Sunday School, the opening of the Recreation Ground and it's conversion from a WW2 Ammunition Storage site. The Carnival Weeks of the 1960s and 1970s. Mr Collis the newsagent opposite the White Hart. Theo Anderson the Cobbler, Sturt's the Butchers, the Bakery, Amy's Cafe where I spent many an hour in my teens playing on the Pinball machines. Hunt's the Greengrocers (I lived next door to the Hunt family in Poyle Road and Mr Hunt always blamed me for killing part of the dividing hedge by using it as an outside loo - I probably did!! The White Hart where I also spent many a happy hour, slightly tipsy Christmas Eves when leaving the pub and dropping into Midnight Mass on the way home! The infamous "ghost" that "haunted" the old railway line in the 1960s. My sister, her husband and daughter still live in the village and part of me still wishes I did too, but time passes and people and places change. Tongham is not the place I remember so it is probably best left as a distant poignant memory. I now live in Storrington in West Sussex which co-incidentally is a village not unlike Tongham . . . . . I wonder why that is!! Anyway hello to all the people who still live there and to anyone who may stumble across this web site and read my ramblings . . . . . . .

Wed Jan 4th 2017, at 7:18 pm
scast14 commented:
Hi Mike - I share all of your memories - I was the daughter of Mr Stanley Freeman who was a good friend of your Dads. I now live in Hill Head which is near Lee on the Solent in Hampshire. I loved. Tongham but love where I am near the sea and I don't think I would move back. Lots of good memories though.
Add your comment
Report abuse 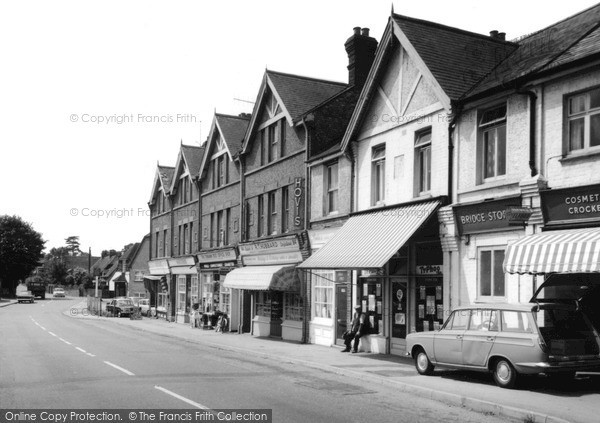