Westwick - a Memory of Westwick.

I was born in a farm estate cottage amongst the fields at Westwick. My father had been born in 1919 just up the road on the edge of Swanton in a small cottage , two up,two down , his father had lost a leg in the great war and had been set up as a shoe maker there ,during the fifties we had moved away but even now i think of that little house where my grand mother lived,as home,Dad went to school in a small weatherboard place up near what the locals still called , the high road , or the turnpike, My father alledgedly shot the hands of the school clock, it made a change from poaching! When i was small there was still people getting around with a pony and trap, and horses were still commen, There neighbour was a mister Rump , a shepherd on the estate , The thing that stays with me is the silence, on a sunday ritual visiting nanny, i remember the silence, people could be heard speaking several hundred yards away, indeed most people spoke in whispers, the local saying was that "These walls have ears" and was almost true, the odd motorcycle could be heard up on the "pike"usually a B.S.A. or Norton single, popping away, sometimes a train whistle, but almost nothing else, how times have changed, In my dads youth the road to Nth Walsham went past "the seat"and the road was called "many corners" for obvious reasons, and in winter sometimes almost impassable,as were most of the villages, I remember Mr and Mrs Howlett , a gentleman farmer ,he had the first lovely old Riley car i had seen , Sadly memories are slowly fading.But i still think of the fields of grain and beet , the chickens, wandering free range , and locked in little mobile sheds at night ,The horse and carts spreading the muck from the cows in early spring , clods of it along the laneways, Pheasants and rabbits scattering as i rode along on my bicycle on a sunday morning, the almost total lack of traffic once off the main roads, The smell of a flower garden drifting in the warm air, roses and wallflowers, hollyhocks, and apple and pear trees in spring blossom, and my grandmother leaning over the garden gate waving goodbye, that will always be the westwick of my youthfull memory.

A memory shared by blythpmb on Jan 9th, 2008.
Send blythpmb a message. 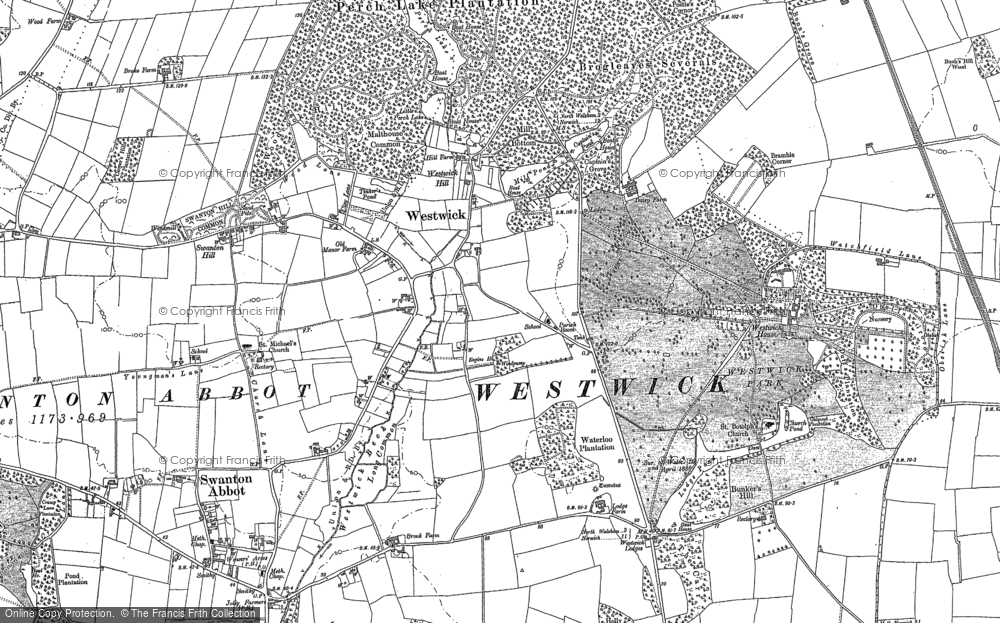