How I Gave Up Smoking In One Day! - a Memory of Weybridge.

I was born in 1934 at Weybridge in Surrey, close to where the River Wey joins the Thames, thus offering the dual attraction of open countryside and water - a totally irresistible combination to young boys set free from the heavy-handed restraining influence of fathers by the advent of the Second World Ware!
For a few miles before joining the Thames, the Way comprised the original Wey Navigation, used for transporting barge loads of heavy goods via the Thames to London. Timber, coal, corn, flour, wood and even gunpowder were regularly moved up and down the waterway in the 16th and 17th centuries and during the war the canal was still in regular commercial use. The huge barges were pulled along the tow path by equally huge horses. We lads grew to love these gentle giants with their soft kind eyes and placid nature and we knew them all by name. They were stabled overnight in a large barn at Edwards Lock, where we helped to brush them down, clean the horse brasses and feed them apples 'scrumped' from a nearby orchard. We also collected the manure which we sold to neighbours for their gardens or allotments.
As a special treat we were allowed to ride on the horses broad backs for the final mile or so then assist with raising the sluices, thus filling the lock and allowing the gates to be opened, thereby enabling the barge to be lowered to the level of the Thames. Sometimes we rode out on our bicycles to Addlestone Lock to meet the barges, then hitched a ride back having first loaded our bicycles aboard.
I knew every inch of the canal, sitting atop the barge and spotting the secret places where Moorhens and Dabchicks nurtured their young and tutored them in the art of survival, where Kingfishers flashed low over the water, demonstrating flying skills which no Spitfire pilot could hope to match, while Sand Martins busied themselves patrolling their nest holes in the sand bank. The vantage point above the water provided intimate views of water voles and rats going about their daily business plus numerous water fowl and a host of wild birds all of which I could recognise and name having been schooled by the bargees and their wives, who accompanied them on their journeys.
Each barge had a tiny cabin at the rear where the bargees slept and ate, washed and relaxed before joining a flotilla of half a dozen or so other barges, to complete the journey to London down the Thames, pulled by a tugboat. These cabins contained a tiny coal-fired stove which provided for cooking as well as maintaining a constantly simmering kettle to supply endless cups of very black tea or sickly coffee. We were allowed into the cabin when it rained or, in my case, to dry off when I fell into the river - a not infrequent occurrence but fortunately for me my mother, being a champion schoolgirl swimmer, had instructed me in the art at an early age. Summer or winter these cabins were always oppressively hot yet the bargees wives spent their days toiling away under almost intolerable conditions, cooking, sewing washing and ironing - or drying off odious kids who had fallen overboard!
They all smoked clay pipes filled with 'shag' which resembled dehydrated dog turd until rolled between the palms and expanded into an apology for tobacco! Their blackened and broken teeth bore witness to years spent puffing away at this vile mess - goodness knows what it did to their lungs! One day an elderly 'bargess' offered me her pipe "Here lad - fancy a draw?" she said, as I waited huddled in a blanket sipping a cup of tar-like tea waiting for my clothes to dry on the clothes line over the stove. "Warm your cockles - can't have you catching a chill now, can we?" . I took the pipe and tried a tentative puff. "No, no lad", she said, "Take a long draw - get it right down". I obeyed and almost choked. "Take it long an' steady - enjoy yourself", she said. I tried again - and again. Then I felt myself turn green on the inside. My stomach demanded to be let out and I barely made it to the side of the barge! I was convinced that everything I'd eaten during the past month was returning to the real world and I was about to pass on to the next! Men with sledge hammers were pounding away inside my brain and my legs had turned into blancmange. I gratefully sought refuge on one of the bunks whist waiting for my clothes to finish drying by which time we had reached the lock and tied up for the night. Pushing my bike home - I felt too unsteady to risk riding it - I resolved there and then that smoking was not for me, not ever!
Footnote: The Wey Navigation, unlike many other less efficient waterways, survived the railway era and under private ownership continued to trade until well after the Second World War. The last owners, Stevens & Sons, donated the canal to the National Trust in 1964 and today it is one of the few financially self-supporting waterways, having no call on the Trust's general finances or on public funds. See their website for further information. 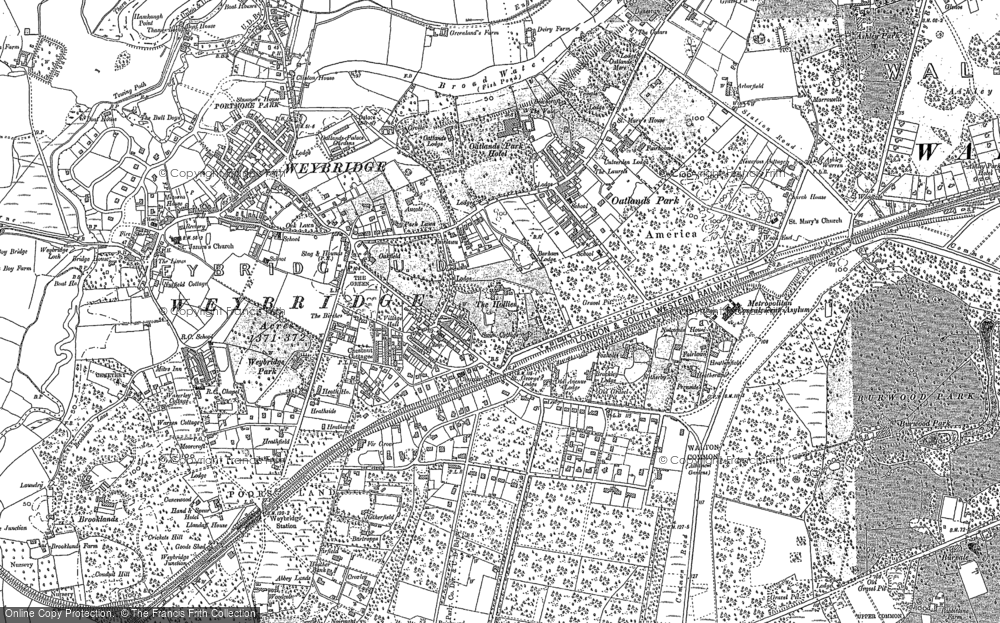