My mother, sister Valerie and I lived here for a while in the early '60s. It was divided into flats at the time and was incredibly creepy. There was no bridge at that time and although we had a ferryman during the day, we had to row ourselves across to the towpath when we wanted to go out at weekends or after 5.30pm. This particular event gave us a lot of laughs and adventures, especially the night that our neighbour went into labour, and we had to get her over to the ambulance ! The house has been the setting to Lynda la Plantes' Trial and Retribution (Suspicion) which I saw recently, and I was amazed at how much of the house interior remains the same as I remember it. Particularly the huge mirror at the top of the main stairs, there was a time switch for the lights which always went out before we reached the top, and we were always frightened by our own reflections when we got to the top in the dark ! I would love to know more about it's history. I believe it has been a private house as well as a hotel and flats, what is it used for now? 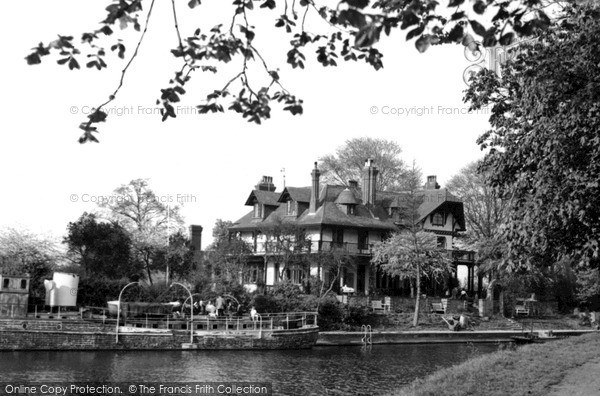