Another Memory Of Weymouth - a Memory of Weymouth.

In the 50's Bertram Mills Circus used to come to town and I remember there was a great procession through the streets near the harbour, this included the elephants and the prancing horses! On Saturday mornings there were rolling-skating sessions in the Sydney Hall at the bottom of Boot Hill. The old fishermen, dressed in navy blue sweaters, spread out their nets on the pavements bordering the harbourside to check for holes and the need for repairs. In the summer two paddle-steamers used to take people along the coast to Lulworth Cove and back, and the boat train travelled along the side of the harbour to the dock. In those days masses of tomatoes came over from Guernsey and were loaded onto the trains. Sometimes cars were lifted in nets by cranes onto the Channel ferry boats. A train also travelled over to Portland and we always used to wave to the driver and guard if we were on Sandsfoot beach. 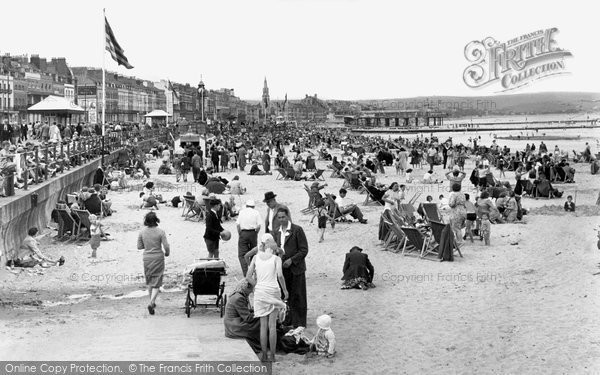