Historic map of Wharncliffe Side, Yorkshire 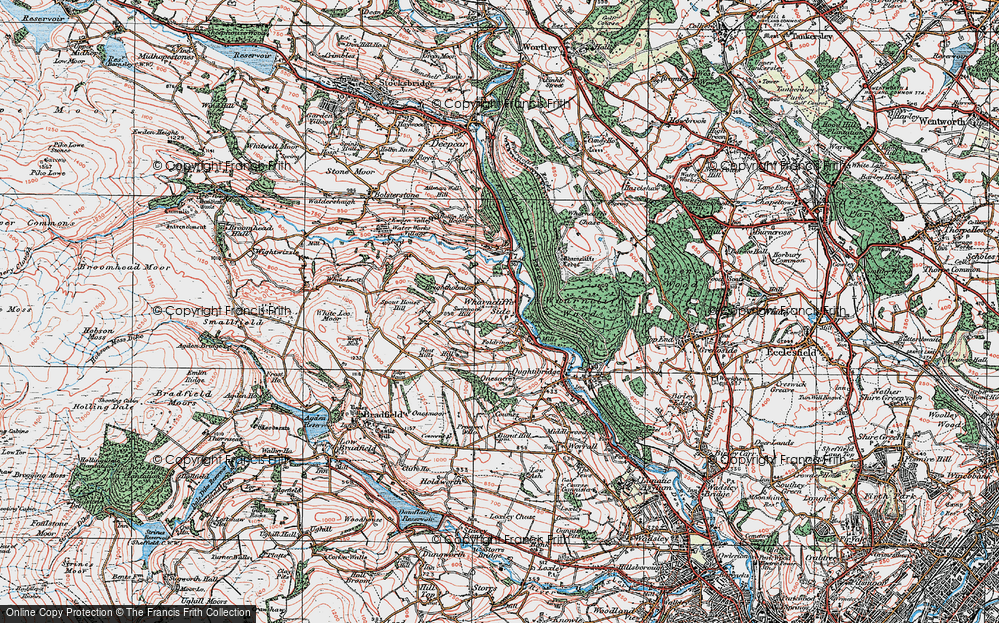