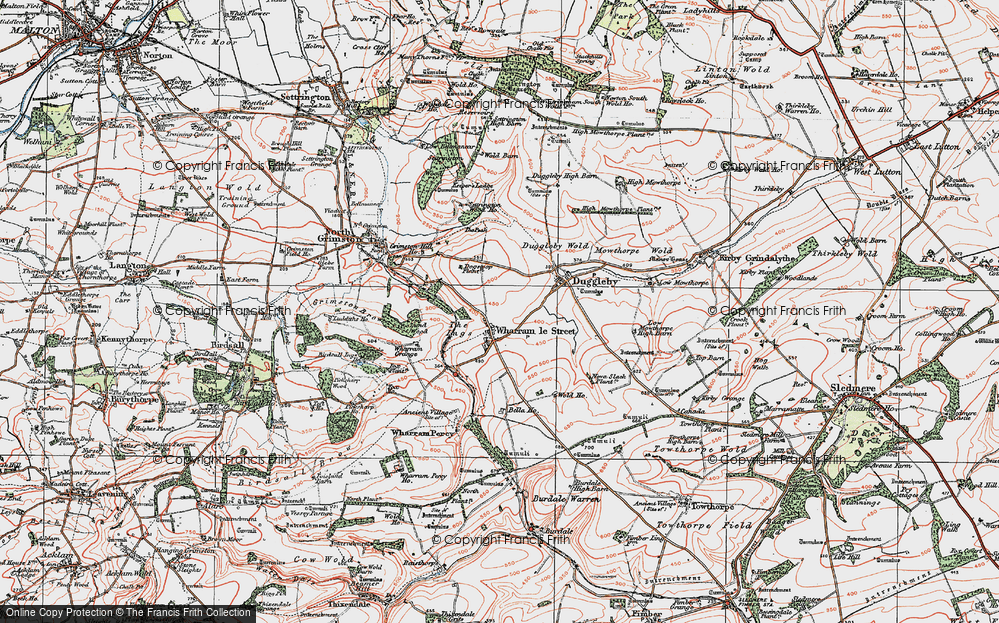 Buy this map of Wharram le Street as a print, or have it mounted, framed or prepared on canvas.