I Remember Wheatley - a Memory of Wheatley.

My name is Bill Mitchell - when young in Wheatley other children called me Billy. Some of my old school friends still live in or around Wheatley. My father had a shop in Station Road for a while selling electrical goods, and he used to do electrical wiring. My mother who was in the W.I. died February 2011 in a home near my sister's house in Spilsby, Lincs. I remember the terrible winter of 1963. On the way home from school the blizzard was so bad I passed my driveway up the Old Road before I realised I had gone too far. I have fond memories of summer days spent watching the trains coming through and remember the sound the 28xx's and Moguls made pulling long car trains up from Morris Cowley when they couldn't get out onto the main line at Kennington Junction. I remember The awful Ransomes teaching at the Primary School, and then Mr Evans, Mr Babb at the Secondary Modern, also Ron Green - the greatest guide, teacher and decent chap you could wish to meet. Sternberg taught art of course. He put two of my paintings in the Oxford Reading Rooms - I was chuffed! I remember characters like old Jesse who used to put a sack on the wall to lean against when he stopped to watch the world getting smaller. Tommy Barlow had a smallholding in Littleworth Road, off the lane which now goes to the caravan park. I swear he made most of his money betting on horses! Before his accident which broke both his legs (his tractor was left in gear by his helper) he used to play good cricket for Cuddesdon. There's a picture of the team on the wall of the 'Bat and Ball' there. The New Club used to be a pub, the Red Lion I think. The Railway Tavern was a real village pub, as was the White Hart: both gone now. I remember Sam the butcher, the thatched Barclays Bank, I did a paper round for Mr Phipps (I remember his daughter Eileen!), Mr White, 'Milky' Allen, the Gosticks, Mrs Dallimore (and Colin of course - still up Ladder Hill?) I think the saddest moment from those years was when the A40 was moved , and young 'Jock', a very promising footballer got killed crossing the road. In those days Wheatley was very much an agricultural village like it always was. Although there were men from the council houses and other places who worked at Morris or Pressed Steel, most workers were out on the fields in one way or another. There was still a sawmill by the station, Shotover Park employed more men, including my friend Fred Scott's father at Forest Farm right on the top of Shotover.  Mr Bax employed people in his factory in Church Road opposite the school. I remember the Colwells, Trinders, Marlows, 'Patchy' Malin from Littleworth, 'Snowy' Day with his Matchless motorbike (no helmet!), the poultry farm at Holton, the 'Last Chance' road cafe on the London Road. It is almost unbelievable what I remember now, looking back. And I have never set foot in the 'Plough' pub on London Road. I don't know why! If you know me, get in touch. I now live in Derbyshire, 7 miles from Matlock. 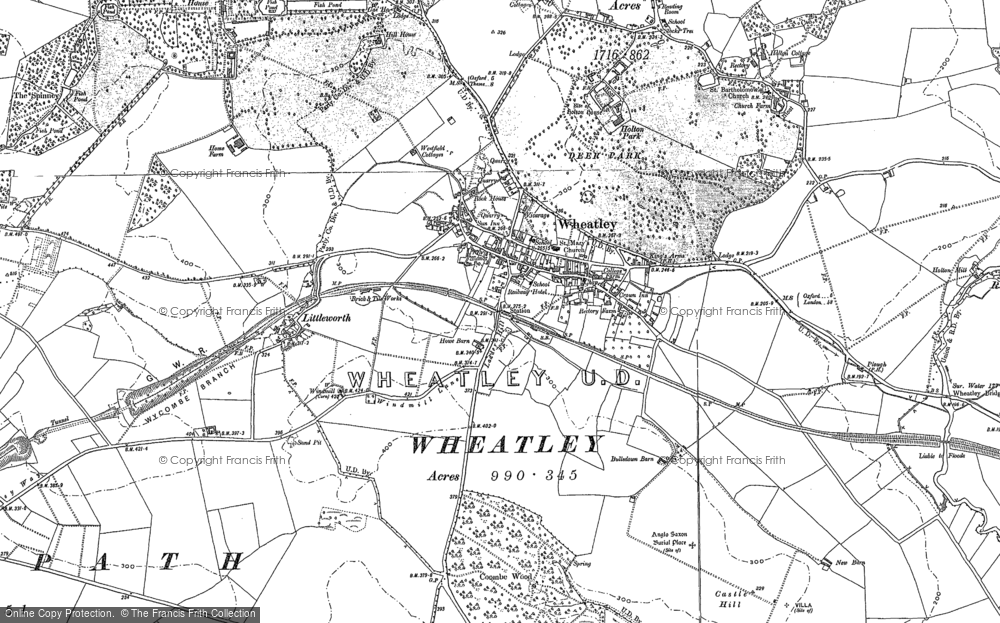