Sunday - a Memory of Whitley Bay.

On the subject of railway bogies (handcarts), for two years each Sunday morning in the late Fifties I used to propel one, laden to the gunnels with newspapers, from Monkseaton station, through Souter Park, down Hawthorn Gardens to the bottom of Marine Avenue, ending up Arthur Beattie's newsagents (almost opposite the Berkeley Tavern). At 6.30am and with no traffic around I got up a fair old a speed once I had passed the Park View junction and the racket of the metal wheels must have ruined the slumbers of many sleeping off their Saturday night hangovers. The newspaper wholesalers did not deliver to shops on Sundays, hence BR's involvement. There was chaos as each newsagent's lad sorted out his orders from the bundles of papers piled up on the platform.
Canny Scot Arthur Beattie, a former racing journalist, later obtained one of the first betting shop licences. He paid me half a crown (twelve and a half pence) for my Sunday exertions - I also did a round after the papers had been sorted. Not a bad wage as my reward for braving the North Sea winds every other morning as I delivered on the seafront, The Links, Eastbourne Gardens, Richmond Avenue etc was just 10s shillings (50p).
Great days.
Colin Henderson, Kent.
(Exiled from Geordieland for 60 years) 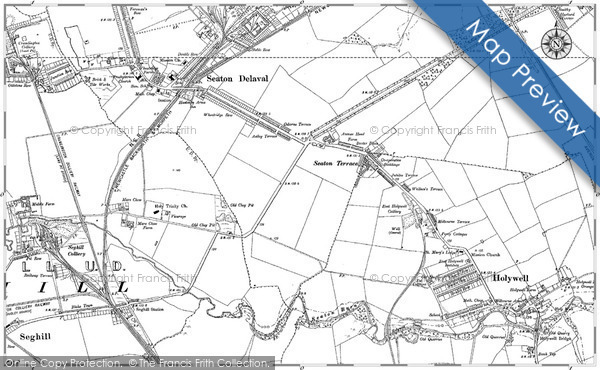