In 1950 I was born on a cold winter's night to my mother Rosemary Jesse, at 'The Black Houses', Kelvedon Road, Wickham Bishops, built by architect, designer and socio-economic theorist Arthur Heygate Macmurdo. I had an older brother Neil and a sister, Christine. My mother had lived her childhood at Goldhanger, another delightfully unique part of Essex, bringing forth many joyful memories of childhood. My father Chris like me was born in Wickham Bishops, his father Joe walked into the village at the tender age of 11 with another lad from who knows where and were taken in and raised by a couple of families in the village, hence no record of our ancestry on that that side of the family.
My mother worked at the local primary school for endless years, firstly as the dinner lady then the dinner and lunchtime playground lady. Luckily for us kids my mum had a wonderful sense of play, the only downfall for me was that from the moment I could sit up I got carted off to school on the back of mum's bicycle as day care wasn't an option in those days (school at 9 months old). Miss Stapleton was our headmistress and as tough as she was, I loved the nature walks she took us on, all down the winding, one car only, horse and cart or tractor, leafy lanes and through the short cuts none only to locals and named (after what, one wonders?) 'The Piggeries', 'Lovers Lane', 'The Rainbow', explaining as she went about the flora and fauna, as we followed in a somewhat unstraight line.
Mum would visit her friends in the village on the way home from school, firstly the post office for a cuppa, then The Mitre Pub, my godparents owned the pub, Frank and Mary Williams. Time permitting we would call in on the Cluttons, Derek and Betty the milk delivery people, mum worked on the milk round before going to the school job, we were what would be described today as a low income family, hard work was a necessity to survive. On Monday morning mum and I would go to the wash house built on the corner block of the nine houses, when we walked in the warmth hit us from the fires underneath the hot tubs of boiling water ready to clean the laundry, it was made totally from concrete and was blue due to the blue bags used to make everything extra white.
We bought groceries from vans rather than shops, Monday the co-operative van for basic groceries, Tuesday the ice-cream van, Wednesday the soft drinks, Corona van, Thursday the rag and bone man, Friday the fish and chip van.
I lived my life growing up outside, I knew every crack and cranny of Wickham Bishops, nothing stopped me going anywhere, I spent many wonderful days getting lost in the beauty of massive gardens, open to the public at weekends, just sitting with the trees and flowers and lawns and lakes long before the gates opened.
I worked in the village on and off at the Goulds Bakery and The Chequers Pub, and what fantastic parties we had. My father was involved in the running of the extremely popular Tuesday night Rock and Roll club at the village hall, he would design the posters. Being too young to get in myself, I would sneak out with a friend and watch the Teddy Boys and girls line up to get in, then listen to the music from the live bands from the recreation ground outside. Many happy hours were spent in the surrounding woodlands from drinking the crystal waters from the tiny streams, to climbing the giant trees and diving into the colorful autumn leaves, as the years progressed so did the purpose of the woods, boyfriends and first kisses. The church holds vivid memories of marriages, finding unknown relatives in the churchyard, to ghost stories of the pond, murder, night riders, so scary my friends and I would stand at the rails and spook each other out, I ended up having nightmares.
There was a tiny community centre next to the church with a stage  and dressing rooms to the sides, the school would put on a yearly nativity play for the local community, the excitement on the night was equal to that of the Oscars. Pantomimes were a yearly occasion and much preparation went into the gala event, lots of local gossip, who will get the lead rolls, usual village politics. The village hall was used for many different occasions from rummage sales to billiards to whist drives to pantomimes to carnival events and dancing. It was a focal point of the community. Carnival day, oh so exciting, best dress on, sister as Carnival Queen, roads lined with cheering people, floats from neighboring villages, look out Rio for excitement, in Wickham Bishops on carnival day you could get a ride in a bubble car, and go home with a piglet a duck or a coconut,  plus the biggest home grown vegetable won in a raffle.
Mr Plod the local policeman knew everyone, neighbours knew and told everyone everthing, cameras were not needed then.
I left the family home for the last time some 30 years ago and moved to Perth, Australia> My father died this year and the final ties to my family home will be sold by my brother. I feel very blessed to have had the experience of early life in Wickham Bishops

Fri Jun 28th 2019, at 3:46 am
paulbutler267 commented:
Great find ! I grew up in Wickham Bishops in the 1970s. My dad was the policeman plod in the village at the time. I remember well Bert and Joyce at the Chequers, Violet and Jack at Poney and Gould, Eric the baker, Derek Clutton.....And stranger than all this, I now also live in Perth Western Australia
Add your comment
Report abuse
Tue Feb 21st 2017, at 7:32 am
rachlregan commented:
Dear Francis I also grew up in Wickham Bishops. I was born in Writtle in 1969 and moved to Wickham Bishops when I was 2yrs. My parents, brother and I lived in one of the two cottages at the bottom of Blue Mills hill. My brother and I had the most wonderful childhood at Blue Mills
We played in the fields all summer long with our dogs and we walked them along the river twice a day, every day. Mrs Pick lived in the Mill and she would visit us at Easter and bring us Easter eggs. My friend Jane kept her horse (Connie) at a paddock in Ishams Chase and I caught the bus to school right outside the Mill house. I think
The farmer sold off the land and they've made the field s into a golf course now. Im going back in the spring to take pictures for my memory book before developers make their way in and destroy my little piece of paradise. .... 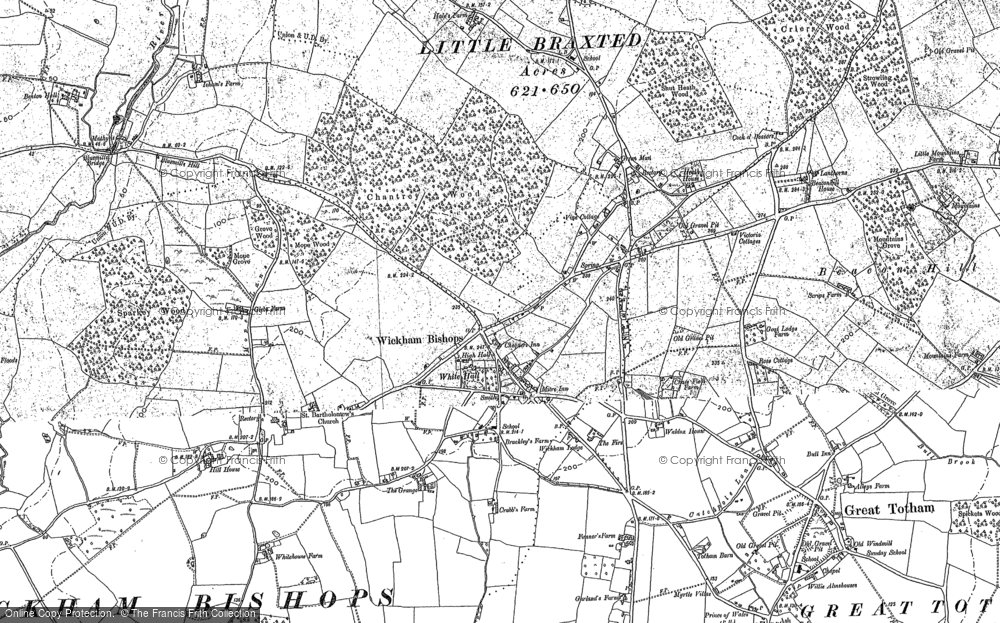