I went to Wilcot School from 1943 to 49. Miss Brooks taught little ones. Big boys had to fetch water from the well for each classroom. The crate of milk bottles stood next to the tortoise stove that heated the classroom but we had to drink every drop whether we liked it or not. In winter we went for nature walks along the canal, maybe we were running short of fuel for the stove. The worst memory I have is the school dentist coming to pull teeth. No electricity in the school so if he had to do a filling I suppose he had some primative means. G.I.s readying for D Day often passed by in jeeps and called out to us smiling and waving. I remember getting little tins of "emergency rations" from them containg gum, chocolate and malt tablets. I remember wonderful socials in the hut on the green when everyone had a good time. On Acension Day all us children had to walk to church in an orderly file and I think, on Friday afternoons Rev Hardy used to come and see us at school. I was called Dorothy Ellis in those days and my dad was Farm Baliff at the then Pewsey Colony and we lived at Avebrick Farm. I remember the pill boxes alongside the canal and also a tank trap nearby. I loved to play in these and decorate the pill boxes with old paste pots full of daisies and buttercups, never having any idea what these constructions were actually there for. In 1949 we had to leave Avebrick Farm because due to an accident my dad became blind. The house was tied to his job at the "Colony". At the same time I passed for the grammar school and went on to Marlborough for a year or so till my dad retrained to work a Capstan Lathe and we had to move to another part of Wiltshire to be close to the factory where he now earned his living and where he continued to work till he was 65 years old. 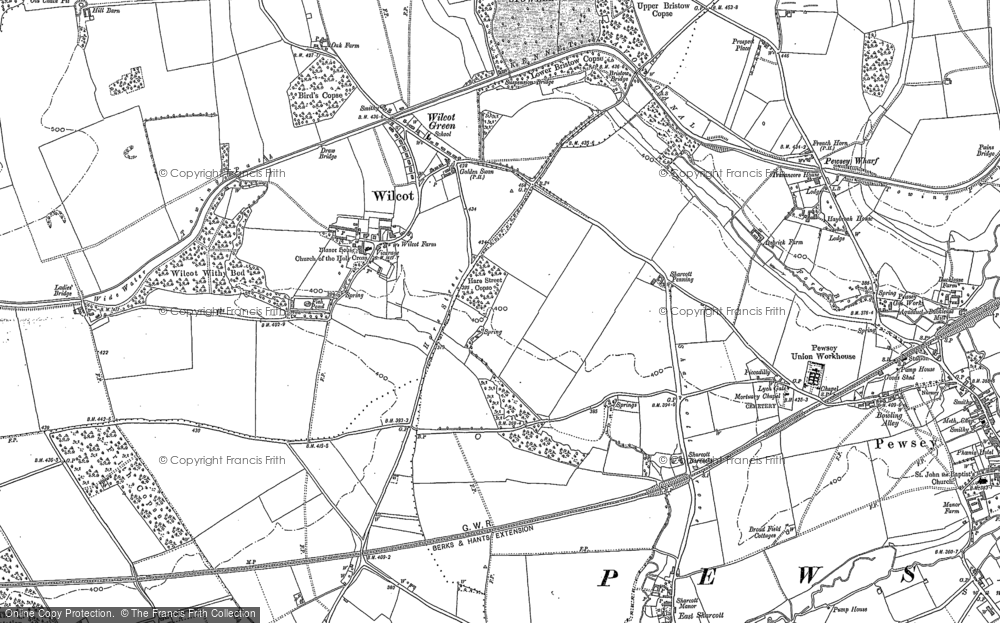