Williton In The 50's - a Memory of Williton.

My father was a bobby in the village from 1948 to 1958. I attended Williton C of E Primary school from 1950/6 and recall the Headmaster was a Mr White, and some of the teachers were Miss Chilcott, Mrs Treble and Mr Armstrong.
Some of my classmates and friends in the village were David Langdon, Nigel Bray, Anthony Berniaz, Martin Bye, Richard Croucher and Malcolm Western. There were many other people I knew whose names I can't recall.
I was a member of 1st Williton Cubs and Scouts. As a scout I was a member of Peewit Patrol. John Branchflower was a Patrol Leader, and maybe Alan Bellamy was as well.
I have early recollections of watching Charley Chaplin films in the village hall, as well as concerts put on by local people.
My parents were friendly with the Suttons who ran Orchard Mill (now the Bakelite Museum I understand), and some other local people they knew were 'Major' Langdon, Cyril Pressey, Albert Bulpin, and again others I can't recall.
I am a sports 'nut' and clearly remember Williton having a decent football ground with a green corregated iron grandstand which I've seen full. My father was Chairman of the local football club for a time and I remember watching teams such as RAF Locking playing at the ground. If anyone remembers anything about the club during the 50's, I'd love to know. Particularly which leagues we played in, and the teams we played. I can be contacted at millsjk@yahoo.co.uk
When I lived in the village, at the Police Station, the Workhouse was still active. The Vicarage is now the Manse nursing Home, the ATC had a place next to the village hall, and the secondary school was behind the primary school in Bridge St. And BR still operated on the Taunton to Minehead line. My parents regularly used the line for shopping at Taunton and Minehead.
I still have a great affection for the place, and my family owned a holiday cottage in Stogumber for a few years at the turn of this century.
If anyone remembers anything contained in this piece then I'd love to hear from you. 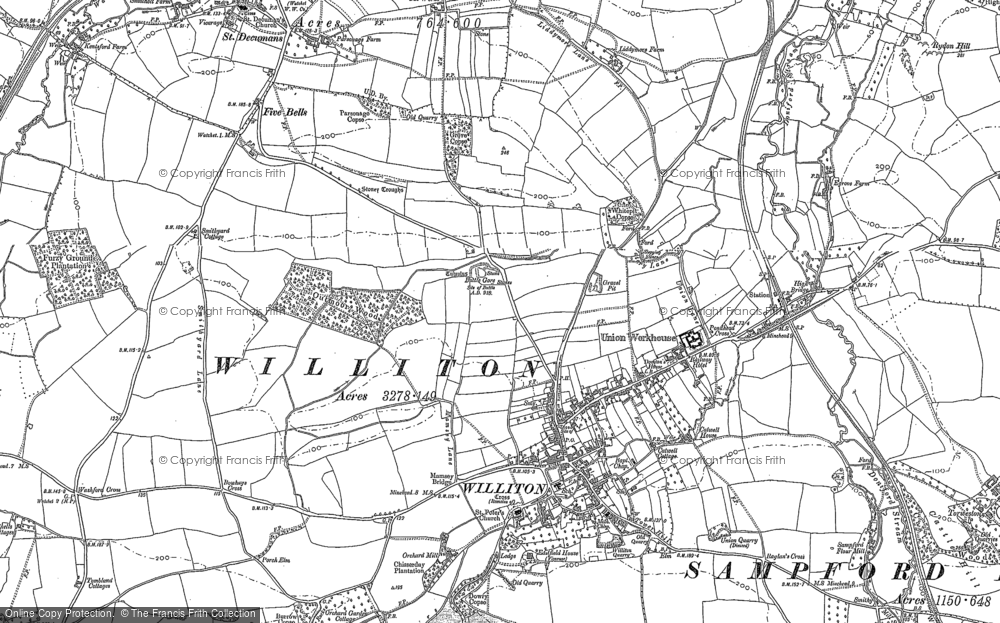