The Low Wood Hotel - a Memory of Windermere.

We were only here briefly. Just a few early spring and summer months. My parents were managing this hotel for the season. One fine day, when there was a pause in the arrivals & departures of coach buses filled with tourists, my father took me across the road. There on the banks of Lake Windermere was a rowing boat. He taught me how to row and I as very grateful to him that wonderful morning. On my birthday in June, my parents and staff were very busy catering to thirsty tourists (it was always teatime!) So, I decided to find the source of a small river which ran down the hillside behind the hotel. I followed the water until it became more narrow. Suddenly, still higher up, I found a carpet of wild bluebells. It was such a gift to find. I lingered and then went upwards and beyond until the stream disappeared. There was a wide, high hill before me and it was covered with wetness. The grass was spongy and it was from this entire hillside that the water was forming the stream and ultimately the river miles below. I had discovered the source but was disappointed that it was not from a huge hole issuing from one place. I finally got back to the hotel around six that evening. Nobody had missed me for they were still so busy with the hordes of people. I had some tea and sandwiches and then decided that was just about the best birthday I had ever had in my life. 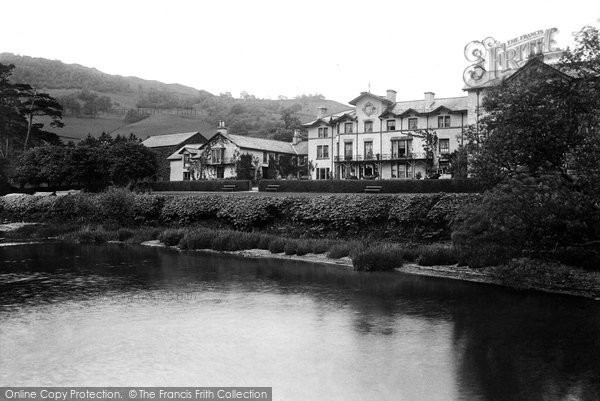