Fishing On The Thames At Romney Island - a Memory of Windsor.

As a teenager living in the Old Kent Road back in the early 1960s, Windsor was surprisingly accessible to me. I spent most summer Saturdays fishing the lock cut at Romney Island. A number 53 bus would take me to Lower Marsh, which was the rear entrance to Waterloo Station. A short walk up the slope past Dewar's bottling plant and I was on the station concourse. It was about forty minutes by train to Windsor & Eton Riverside if I remember rightly. The first thing to greet me at Windsor would be the delightful smell of freshly baked bread coming from Denny's the bakery. I would stroll past the Donkey House pub and along Romney Walk, eventually reaching Tom Jones's boatyard and the lock. The lock in those days was a delightful old wooden structure with long beams by which the lockkeeper would manually operate it. The weir too was of wooden construction back then, with a pitched roof over the walkway. The lock keeper kept an old punt moored at the foot of his garden which he would hire out for thirty bob a day! (£1-50p in today's money.) He didn't ask if you could swim and didn't supply a life vest or any other safety equipment. I don't even think there was an age restriction. If you had the thirty bob then you could hire the punt, go out in to midstream and fish below the weir. Imagine that in todays 'Health & Safety' environment!
Before the ban on fishing the lock cut in summer had come in to force I had gained sufficient angling skill and experience to try my luck in the fast water below the weir. I was really just trying to make a virtue out of neccesity as the ever increasing amount of river traffic was making fishing the lock cut less and less enjoyable. It was serendipity. Below the weir was a timeless stretch of water with, of course, no boat traffic.... And no jumbo jets passing overhead every two minutes! The only thing to break the silence was the mellow chime of Eton's old bell as it struck the quarter hours. There were some nice gravel bays along the bank in those days and with my jeans rolled up to my knees I would wade out a little way and trot my float down under the willows.
On a recent sentimental journey I noticed many changes to the Windsor of my youth. Denny's the bakery is long gone and so, upon my arrival, I wasn't greeted by the delicious aroma of freshly baked bread. The quaint old Donkey House pub is now a smart pub/restaurant. The botyard is still there, but not Tom Jones. The wood of the lock and weir has long since been replaced with iron and steel and Romney Island, downstream from the lock, is no longer the clear swath of land where you could walk right down the middle, but a veritable jungle. The gravel bays are no longer there due to the higher water levels and there is a definite change in the line of the riverbank. For all that, it was still Windsor and there was still something in the air. Who says nostalgia isn't what it used to be! 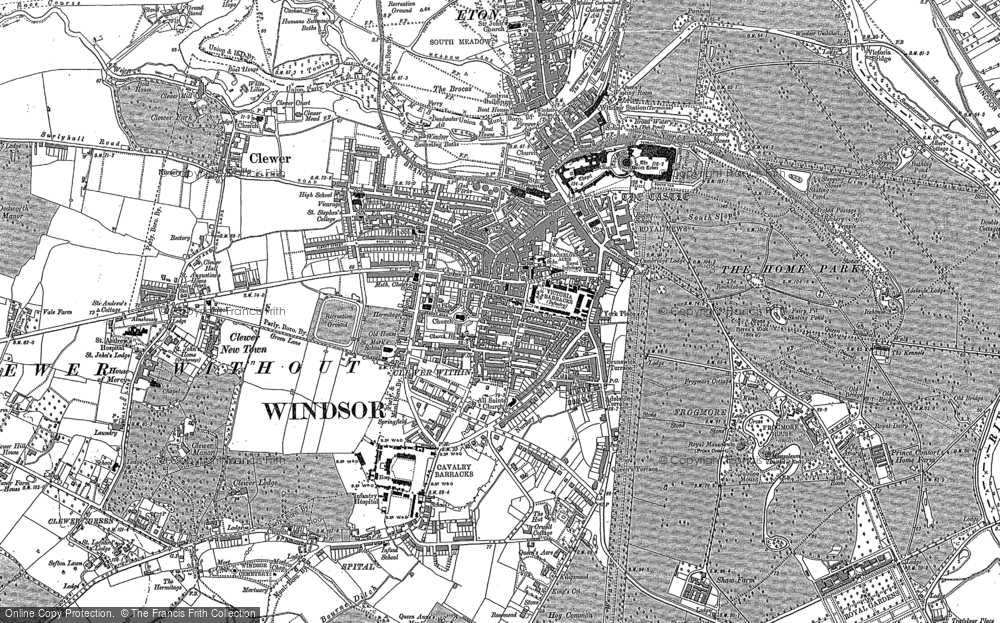