Nell Gwynn's On Church Street - a Memory of Windsor.

My mother, Josephine Miles, worked with Mrs Thorne who owned the Antiques shop in Church Street, near the Castle. It was called 'Nell Gwynn's'. It was said that it had a secret tunnel that was built by King Charles II for his mistress, Nell Gwynn. It ran from the cellar of what was her home, and came out in the King's bedroom fireplace. Whether this is true or just rumour, I cannot say.
While working at this famous antique shop, my mother met many stars including Elizabeth Taylor, Richard Burton, Marilyn Monroe, Ryan O'Neil, Terry Thomas and many more... but she did mention that the most handsome man she had ever met was Gary Cooper.

Fri Dec 26th 2014, at 6:36 pm
tonigras commented:
I purchased antique cranberry glass juice glasses from this quaint store when I was in the UK many years ago in 1977 - does anyone know what happened to the antique store itself? Any photos? I just used my cranberry glass for Christmas this year and was trying to dig up details for my daughter who will eventually inherit these glasses. Toni from Ohio
Add your comment
Report abuse 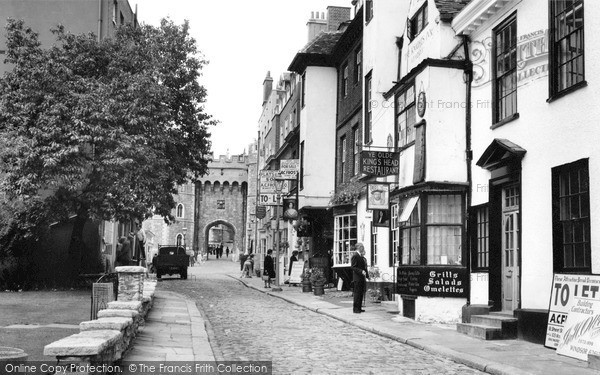