I am writing to add my memories to those posted by my sister Sheila McCormack.  My name is Norma (McCormack ) Gibson.  Our grandparents ran this hotel in the 1920s.
Their names were Margaret and Cecil Stronnel. They had a daughter Irene Margaret Stronnel. My mother told me about their Manx cats that had no tails.  Sha also told me that at that time the beer was served in bottles sealed with glass alleys (marbles).  She said that she broke several in order to have the alleys to play with.  This of course resulted in discipline.  My mother and grandmother left England and came to Canada, first to Hamilton, Ontario where they lived for some time and then to Thunder Bay, Ontario, where my grandmother lived until her death.  My mother remained in contact with family members in England and during later years she received a letter from the owners of the inn asking her for information on the inn as they believed it was haunted.  I myself wrote in the 1990s to the people who then owned the inn but did not receive a reply.  I have a picture of the inn as it was back in the 1920s and also one taken by a friend in the 1990s.  As my sister said, the sign used to have a horse on it.  I would love to communicate with the current owners.  Cheers, Norma Gibson, Thunder Bay, Ontario, Canada. 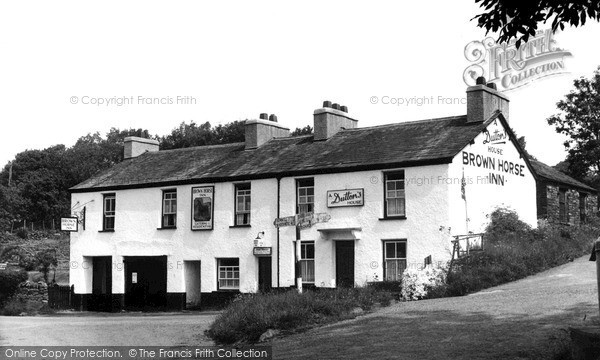