Winster, Westmorland And Old Post Office - a Memory of Winster.

My name is Bill Elleray and I deposited in Kendal Records a collection of old family documents. Ref: WDX/971 They had been in my family for quite some time, some of them pre-1700. They mainly relate to property in Winster, Westmorland. They have no legal value but great value to property and family history.
For example, a much photographed house is the Old Post Office in Winster, also known as Compston House. Francis Frith Ref: W500010 and W500301 and W500008M - This was purchased pre-1700 by Robert Birket who died in 1736. He was the miller and maltster at Salkeld Tenement otherwise known as Low Mill, Winster; and a couple of hundred yards from Compston House. Robert Birket passed on the estate to his son, also Robert Birket. Having no surviving sons, Robert Birket devised much of his estate to his apprentice miller and malster, who was also his grandson, with the grand name of Birkett Elleray. Young Birkett was born 1763 in Hawkshead to William Elleray and Mary Birket.
Robert Birket died in 1789 his estate consisted of many of the old cottages in Winster plus various fields and mosses. Any Winster residents keen to know more about the history of their charming cottages could learn much from these old documents, written long ago with quill and ink on vellum.
They will track the transfer of property, so that it can be seen that the Old Post Office was owned by the two Robert Birket's, then Birkett Elleray and to one of his sons Stephen Elleray the auctioneer. Then, on to his nephew also called Stephen Elleray who was a coachman at the Old England Hotel. It was his wife Jane who became the first postmistress. The Old Post Office was eventually handed to their eldest daughter Elizabeth who married Thomas Brennand the gamekeeper. Their daughter Edna then owned her beloved Post Office and she became the 3rd and final postmistress. Edna, a much beloved Winster lady who also played the chapel organ for many decades. She married a great Lakeland character - Jack Dickinson of Green Yew farm. They had no children and the Old Post Office went to Edna's sole nephew who sold the property to the open market. What memories do these old Lakeland properties contain? These wonderful photographic landscapes capture a moment and enhance the memories and historical records. 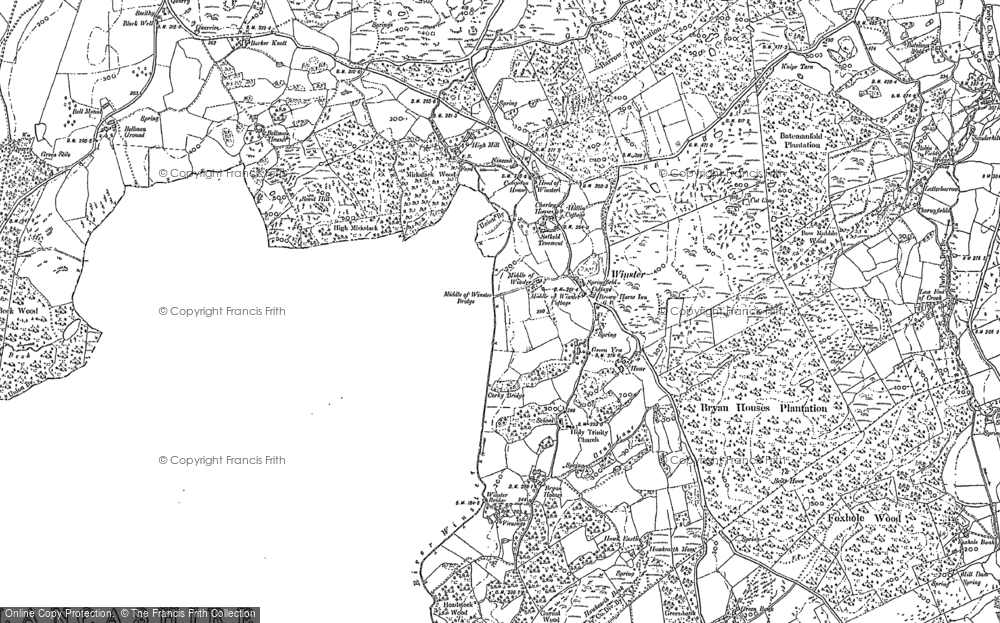