Smedleys By Pa - a Memory of Wisbech.

These memories actually date back to the summer of 1967 as well as that of 1968. Sometimes, there was no work in the fields, or I needed money because I was such a lazy fruit picker. So I left Leverington and applied to be hired at Smedley's in the evening after tea. It was marvellously quick and simple to get work, there were no formalities, no red tape at all. We seasonal workers just got a clocking card, and I am not even sure they knew our names. Two to three hours later, at about 8 or 8.30 pm, we gave back our card at a small cabin, and the accountant gave us the cash through the window. Most of that cash was spent without delay at the pub, either in Wisbech, or at the Rising Sun in Leverington.
Very often my job was to sit next to a line of small rails on which freshly sealed tins of food rolled along flat stretches or long bends, or up and down steep slopes, to some mysterious destination where I suppose they got on to pallets or lorries.
When a tin fell off the rails or caused a 'traffic' jam, I was supposed to wake up from my drowsiness ans start frantically to throw the derailed tins into a large metal tub, then place them as soon as possible back on the rails for them to resume their journey. I understand why the bosses did not check our professional expertise or our IQ before they hired us. I remember Ivan M., a Czech guy, who was sitting close to the rails some distance from me. One evening, he nearly fell off his chair because watching those tins in the din of the factory had put him to sleep.
Sometimes, my job was to sit at the production line, side by side with other seasonals. The belt in front of us transported the carrots from one end, where they arrived fresh from the fields, with mud, grass and stones, to the other end, where they had to be perfectly clean. In between, the cleaning job was done by us... and by the permanent workers - all of them women from the Wisbech area - who sat in front of us, on the other side of the conveyor belt. Their job was a double one : first, they had to remove all the dirt and undesirable material that was brought with the carrots, just as we did. Secondly, they had to supervise us, because young foreign seasonal workers are not serious, as you know. I soon realised that it was not possible to cackle with my neighbours, and that I had to concentrate on my exciting job, or else the lady in front of me gave vigorous blows on my fingers with her cleaning knife.
Another day, my job was coupled with that of my friend G. A supervisor led the two of us to a table, where we had to stand and open tins of ravioli, mix them with fresh carrots, and stuff the mess into new tins.
My worst experience at Smedley's was less revolting, but harder. Why did I clock in so early that day, in the morning, while I usually got hired only in the evening ? Probably because there was no work in the fields. Anyway, they led me to the start of the production line, and to my dismay, I was not ordered to sit and remove the earth from the carrots. I was ordered to catch the fifty-kilo sacks from the lorry, carry them on my shoulders for a few yards to the conveyor belt, and empty them there. Very clearly, the guy in the lorry was in a great hurry, and there was no end to those sacks, and there was no time to catch one's breath. To tell the truth, I was not heavier than one of those bleeding sacks, and I was not built like a weight lifter. I tried to hide my panic, clutched my teeth, and started to work. After 40 or 45 minutes, I don't know how many tons of carrots I had been carrying, but my legs started shaking, and I felt I had turned pale. But something unexpected happened, and my readers will think I am a lucky guy. A big strong boy, who had been observing me for a moment, approached me and said in French : "Go sit there and take a rest." He replaced me for ten minutes. It saved me, because somehow, I managed to hold up for the rest of the day. My saviour was a Belgian from the Leverington camp; he knew me and I knew him. At Smedley's, he was given a job which left him some freedom. Merci mon pote!

Sat Dec 15th 2018, at 1:08 pm
johnmichaellloyd commented:
The factory is still canning peas and other vegetables but is now owned by Princes.
The factory has changed totally but the original office building that faces onto Lynn Road is still there. Just thinking: Lynn Road probably leads to Kings Lynn?
John
Add your comment
Report abuse
Sat Dec 15th 2018, at 12:56 pm
johnmichaellloyd commented:
I remember my student Summers working in Smedleys around 1967. Now I only have good memories of three or maybe four Summers working there as a foreign student. I was a "permanent" employee for the Summer and along with maybe a hundred other students was given accommodation in Nissen huts in the field at the rear of the factory. Estentially we lived and were fed on site as part of our contract.
I had many different jobs over the years in the factory. The night shift was coveted as the job entailed cleaning the factory from top to bottom with steam hose cleaners. Too many good memories to detail here but fondly remember drinking and meeting the locals in the Rose and Crown pub in the town.
John
Add your comment
Report abuse 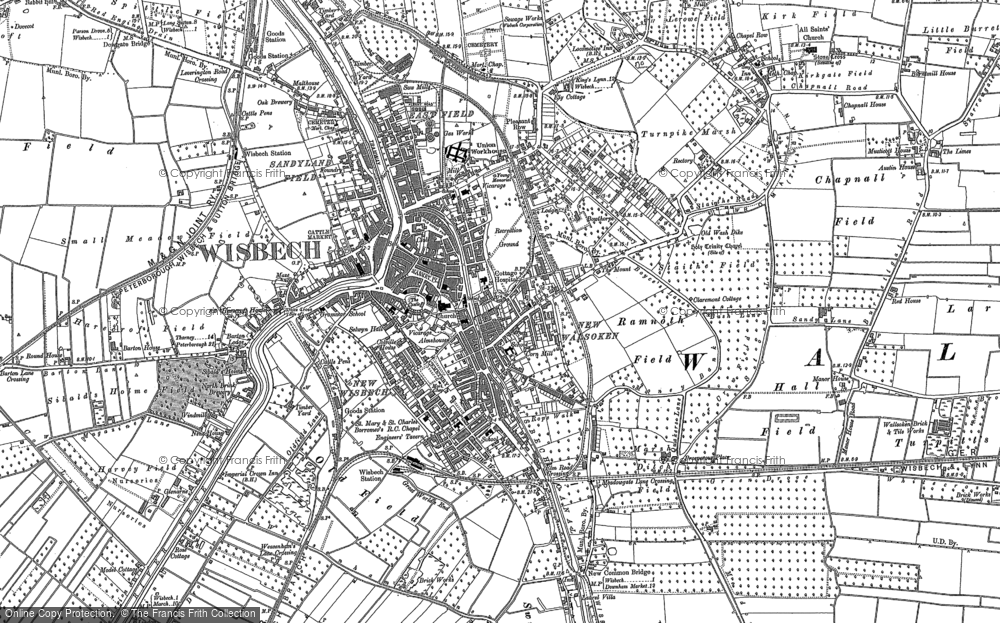