School And War - a Memory of Witham.

I was born in Jan 1936 in Witham, where my father's family had settled in the 1790's. When I was two my parents moved into one of the new council houses at the north end of Church Street, so I went to Chipping Hill Infants School. I can remember my young mother walking me into the place in early September 1940, at the height of the Battle of Britain. Our teachers were a fiery little welsh lady named Miss Griffith and a quietly sedate headmistress, Miss Murrells. The school was always full, because there were a lot of men and women working for the war effort at Crittall's factory, which normally produced metal windows. My father worked there as boy and man for 50 years. After leaving Chipping Hill, I attended the Board School in Maldon Road - quite a walk, especially as I sometimes had to do the return trip twice a day. One of our teachers was Miss Springett, who until recently, I learned is still alive - well into her nineties. The head was Mr Care, and his wife also taught a class - in the same vast room as he did. They were always bickering, but it was a happy school and it had the advantage of being opposite the Recreation Grounds. I lived in Church Street until I married - although I was studying in London for some years before - I did two years in the Army. I regret the speed at which Witham was built up in the 60's and 70's. Growth on that scale might have made some sense economically, but socially, the whole event was a disaster as the crime figures continue to show. 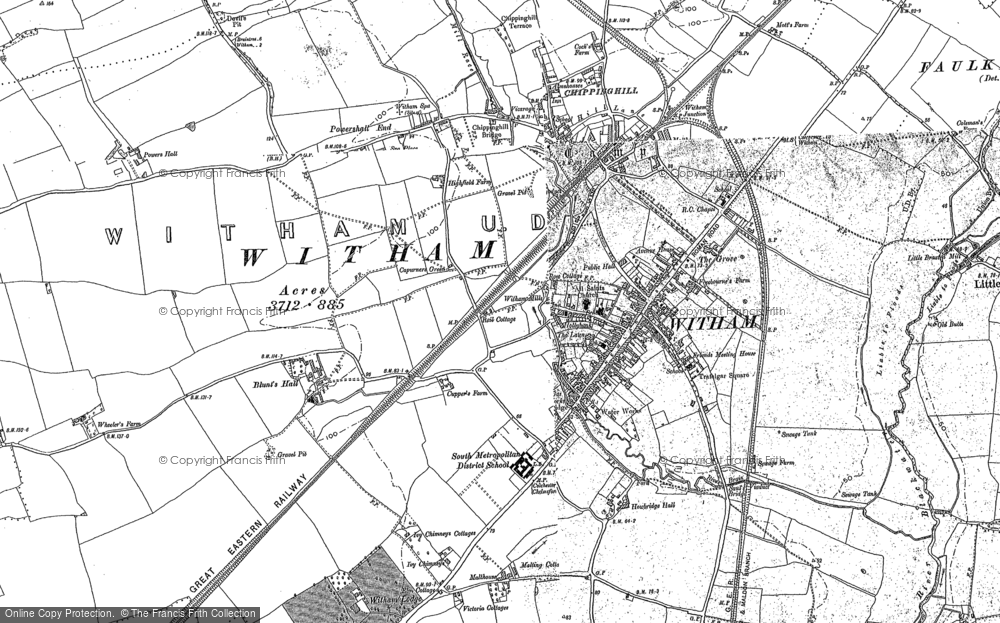