Filled Our Trolley - a Memory of Witney.

We were married in April 1978 and our first big shop was done at Waitrose.  We filled a full size trolley to the brim for the princely sum of £20.00.
This area is now the entrance to the Woolgate Centre
Happy days....

Sat Mar 14th 2015, at 12:06 pm
Mary Frances Dorward commented:
Hi
I was going to ask if you were on Facebook and recommend the "Witney Memories" group but I see that you are. My husband Peter Dorward and I have just joined. It is superb.
Add your comment
Report abuse
Thu Mar 12th 2015, at 8:23 pm
mwooller commented:
I remember the store that used to be situated in Witney prior to the building of the first Waitrose in Witney, Cook and Boggis that burnt down on 17th December 1964. I later joined the host of Waitrose employees as a Friday evening and Saturday part-timer. I worked in the butchery department because I had been taught to prepare meat, whilst working at " Meat to please you, pleased to meet you" butchers in West End. Whilst working at the West End butchers I rode a delivery bike with a large wicker basket on the front. I had to push the bicycle up narrow hill because when loaded with meat it was to heavy for me to ride up the hill. At the top of narrow hill I would stop at the large three storey house next to the path that led to Hailey fields, later to become Farmers close. My great Aunt Dorothy and Uncle Kenneth Sowerby lived there, with my Great Aunts mother, my Great Grandmother, Amy Collicutt.
Add your comment
Report abuse 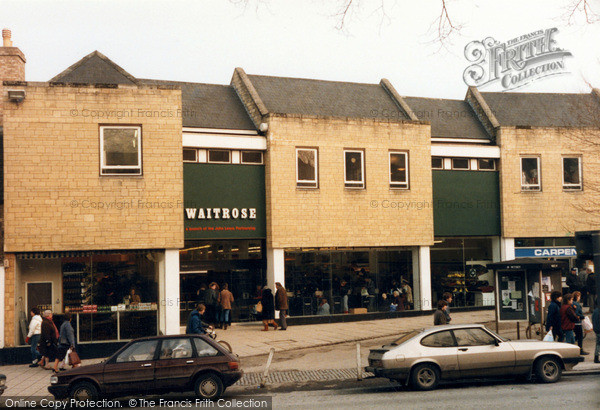