Hi, I am researching my Family History in and around Howden le Wear/Witton le Wear/Crook/Weardale and I have had contact from a member of my Great Grandmother's Brother's family who were living in the area of Witton Park in 1901 and 1911. On the 1901 Census, Charlton Liddle Pearson and his family were living at:35, Garden Street, Witton Park St.Paul, in the Parish of:Escomb. On the 1911 Census, the family were living at:2, Viaduct Cottages, Witton Park. Would anyone be able to 'pin-point' either of these places for me? I think I may have got quite close to Viaduct Cottages, but would like to know more. In 1901, Charlton was a 'Drain Pipe Maker' and in 1911 he was an 'unemployed Surface Worker'. One of his sons was named:Alonzo, which was quite unusual for the time.

His son, Elijah and his family ventured as far as Bedfordshire, which is just down the road from me, in Cambridge. This is the 'branch' that has contacted me. I would love to find out more about the family, if anyone can help me?

The Pearson/Liddle Families moved into Weardale from Allendale, around the time my Great Grandmother was born. She and Charlton lived in (5) Bridge Street, Howden le Wear around 1881. My Grandad was born in Bridge Street (1892), after his parents married in Witton le Wear. 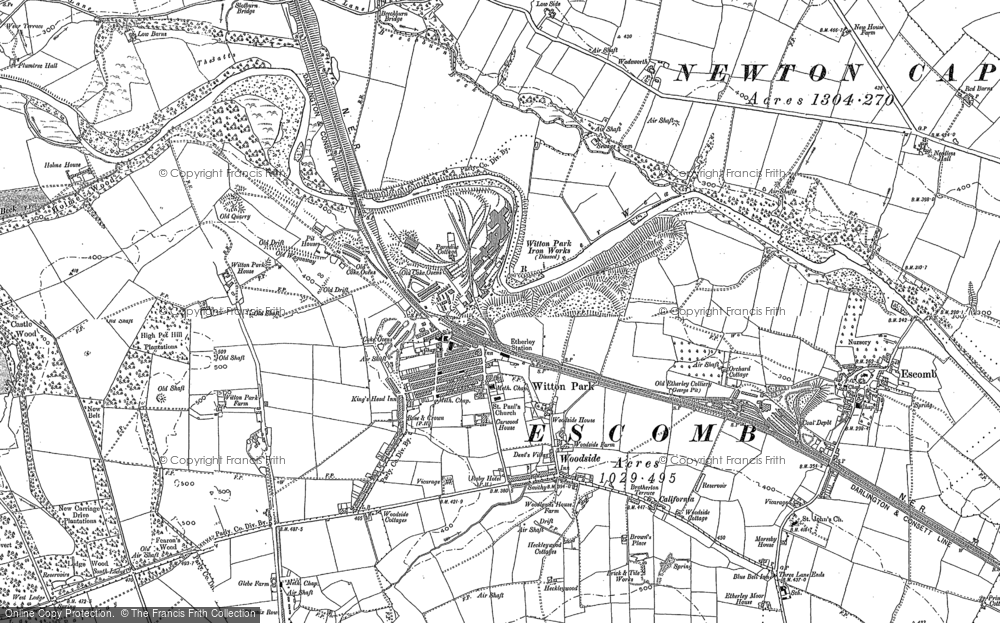