Buildings. - a Memory of Woburn.

The buildings featured from left to right - (I do not know the history of the white house), then there are the pillars which are the entrance to the churchyard and mortuary chapel. The church, built in 1865, was used until 1980 for funerals only. It was then declared redundant and turned into a Heritage Centre. In the churchyard which is still used are the graves of several Second World War Canadian, Polish and English soldiers. Woburn Primary School is just around the curve in this photo. The entrance door is set in a wall and can be missed unless you know it is the school. Woburn School has a very long history having been built in 1582 by Francis, Earl of Bedford. Thirty five boys were to be taught reading, writing and accounts. In 1825 a school was started for girls and they were taught needlework and lacemaking. The school is still flourishing. The white house on the right was until recent years used as the Local Office of Births and Deaths. 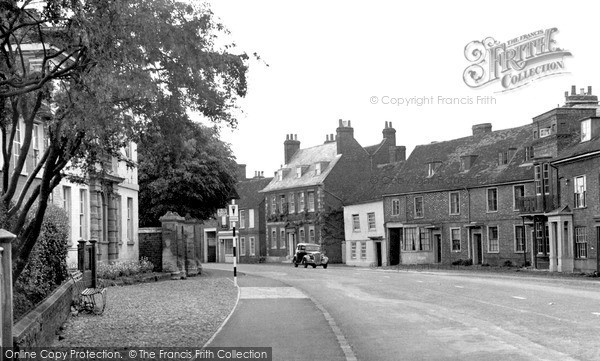