Ww2 - a Memory of Woodcote.

I was evacuated to some wooden bungalows in Goring Road and lived with Percy and Renee Bonner. Renee's relations were Romany gypsies who lived in Woodcote. The photo shows The White Lion and the village shop which I believe was "Pointers Stores". Percy ran a log delivery business, and these were delivered by horse and cart to surrounding areas by Percy, and although only 10 yrs old, myself!! I can safely say that despite the war and my young ignorance, they were the happiest days of my childhood.
I remember a shed nearby in which shoe repairs and accumulators were re-charged and the proprietor suffered a pronounced limp. A nice chap he was. The shed was sited at the entrance to a drive to a large house whose owners were named Brewer or Burton or similar. I spent many hours with a son of the house called Peter, exploring surrounding areas.
The Bonners were wonderful people and treated me as a son. They did have a young daughter called Lena and two fabulous collies, Lassie  and Rover, not very imaginative names but wonderful, wonderful companions. They have made me a dog lover and I have spent the whole of my adult life owning valued and loved friends throughout my 77 years. "Bertie" a mongrel, is my latest and marvellous chum and is the latest in a very long line of dogs all starting from those two collies.
I remember spending time in a Blacksmith's Forge which was on the bus route from Crays Pond to Reading.
I sincerely hope someone reads and remembers some of these memories and I just recalled "Great Oaks", a large house which was requisitioned as a convalescent home for wounded servicemen and to which my mother somehow managed to get my badly wounded brother sent for his recovery. He is still with us at the grand old age of 85.
Here's hoping for some communication from anyone who remembers these days. 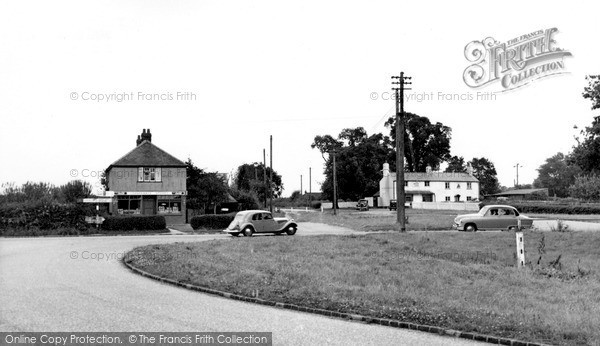