My mum took me to the pond when I was a toddler. There were tiny fish in the pond which fascinated me. On the right of the picture is a block of flats. This is where Rackham's Bakery previously stood (not Drapers Dairy as I previously wrote but have kindly been corrected by Norbert) until 2 June 1964. They sold fresh Hovis there and even miniature Hovis loaves. This bread tasted so good - not like the stuff you buy in the supermarket (supermarkets hadn't at that time been introduced from America). You could go to the Bakery and buy direct. I thought that the horse and cart delivery service was from there too but Norbert says this came from Draper's Dairy at Draper's Hill. I was very fond of the horse that pulled the cart which delivered the milk. I can remember my Nan having a chat with the deliveryman and watching "Dobbin" as I called him munching his oats from a thick cylindrical jute or hessian bag hung over his head. He had a very soft muzzle and was a very placid horse. I think his blinkers had "UD" for United Dairies on them.

Thu Feb 9th 2017, at 12:56 pm
larrycollins59.lc commented:
There is a facebook group page all about Woodford Bridge, you would be welcomed to join it to share your memories...Please visit https://www.facebook.com/groups/718448588211662/
Add your comment
Report abuse
Mon Feb 1st 2016, at 8:00 pm
norbet commented:
I think you have things mixed up. Where the block of flats now stand was Rackhams Bakers, our bread was delivered from there by a lady named Dolly driving a B.S.A three wheeler van.
Drapers Dairy was at the bottom of Drapers Hill. I lived in the Bridge High street next door to the chemist and our milk was delivered by Jack and the horse pulling his milk cart was named "Fireworks" so named because he was born on November 5th.
I'm talking about the early to mid 1940's decade.
Norman
Add your comment
Report abuse 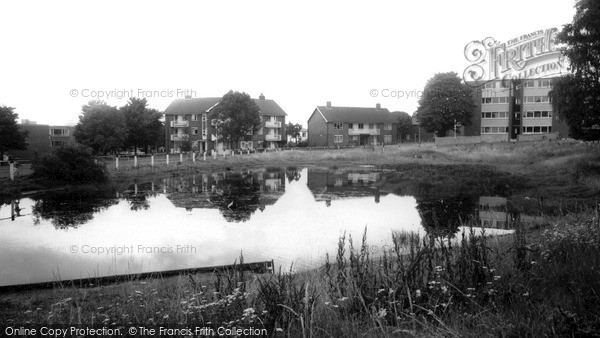