To School From Manor Road - a Memory of Woodford Halse.

Each day my journey either was via the cinder track (there was the old reservoir running alongside and the iron railway bridge stood in those days, the railway was still operating I think or in the stages of being dismantled) or we walked over a somewhat ricketty wooden bridge at the bottom of Castle Hill, there were a few hens scratting round just before the bridge. The hill was so steep when you were a kid, and doubtless when you are an OAP.
At the top was the electricity shop and the post office and we went round to the school, the old cinema being used for indoor dancing and lunch. Testa's garage with the hairdresses just along and Northrop the butcher was next door.
Going home via the shops down Station Road, Nobby Brown the greengrocers, Mace (run by the Edwards family, my mum worked there for a while), Wickens, the Co op across the road, Faulkners shoes, Le Bonne Marche, Sargeants butchers, Bank, unknown corner shop with net curtains, Lancasters, Coulson Butchers, Cafe shop, Gately's newsagents, corner shop, Blackburn's Chemist, Richardson's bookies, Hairdresers (Beech)(?) or it may have been Kathy's (Barry Beech was the gent's hairdreser over the road behind the White Hart).

We walked to school and sometimes got the bus from Sanders Corner down to the village for 1 old penny in winter, Tom Powell was the driver and Ethel (?) was the conductor.

Sorry if I have forgotten anyone but I am getting old and I was only 6 years old back then.

The siren practice sounded at 12pm prompt and I used to wait with my mate outside by the show factory there outside the fire station, we used to dare each other to wait under the siren tower until the loud siren went off.

Our milkman was John Kingford, although I recall a milkman with a pony and cart (the pony bit me once), the coal yard was round by the arched railway bridges, I am not sure but one coalman was Mr Cooknell I think.

Doctor was Dr Caldren who allegedly saved me when I had meningitis, later Dr Holland. 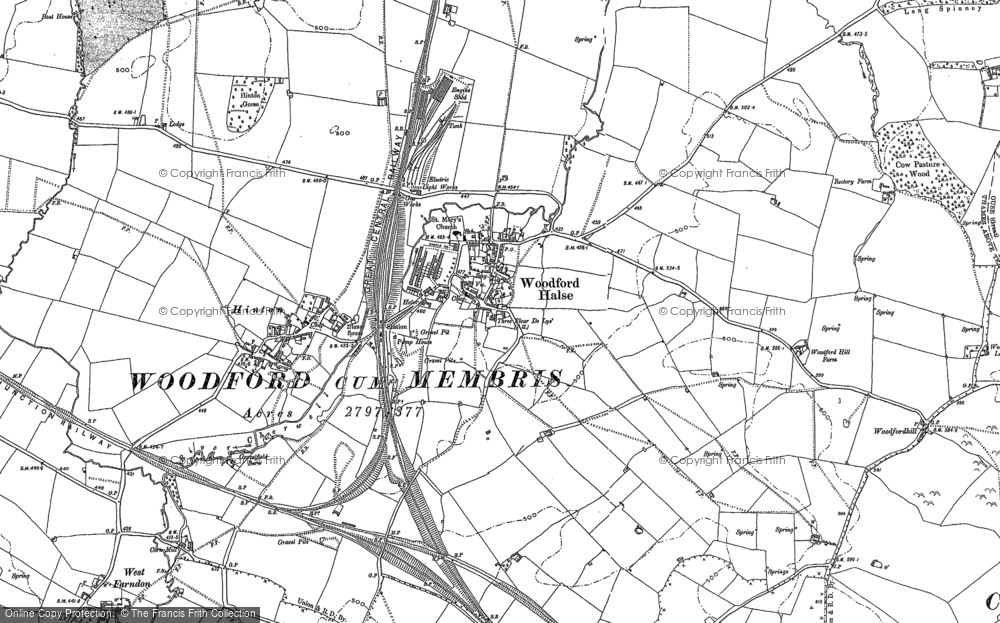