Over The Water ! - a Memory of Woolwich.

The Woolwich Ferry was the only way I can remember in the 1950s and 60s that we could go 'over the water ' from South to North London. I can remember trips with my Nannie as a child , catching a bus from Eltham to Woolwich and then on the Ferry when she went to visit a Methodist Church on the other side of the Thames. The Thames at that time was so smelly she used to give me a hankie with lavender water to hold to my nose! I loved going on the ferry and can remember the noise and smell of the engine room and the excitement of landing on the other side. To me it was a journey to another land !

Thu Jul 9th 2015, at 1:19 pm
roydbayne commented:
During my schooldays at Wood Hill Junior School (circa 1950)the Woolwich Free Ferry was my favourite playground, especially after school. There were four boats: ‘John Benn’ ‘Will Crooks’ ‘Squires’ and my favourite ‘Gordon’ constantly ploughing the swift flowing turgid waters of the River Thames. Peering through the observation windows into the engine room I became fascinated by the large steam reciprocating engines; spotlessly clean with gleaming brass cranks and huge pistons that drove mississippi type paddle wheels on either side. I learned how the crew arranged the cars and trucks on the top deck and how they moored up alongside the pontoons in the swift flowing river currents. I knew the layout of those boats so well even the crew were unable to catch me. Many’s the time my mother had to haul me off hours after my dinner was on the table. I recall, late one evening, out of desperation, mother had the local bobby haul me off for a dressing down. Imagine his surprise when he recognised me as one of the choirboys in the nearby Saint Mary’s Church.
Roy Bayne
Add your comment
Report abuse 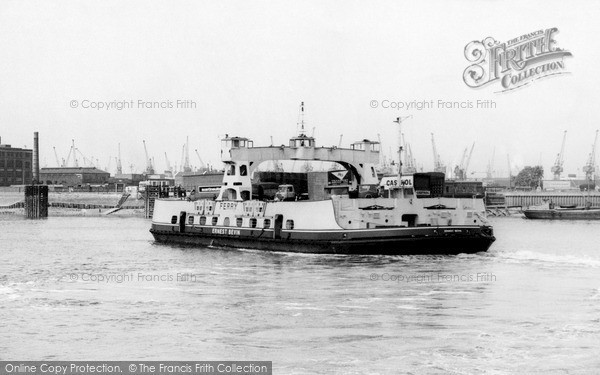