Best Guinness In Town! - a Memory of Worcester.

The little white building in the middle is the Lamb & Flag. I spent many a happy lunchtime & evening there in the '80's. It was a Marstons pub, run then by Don & Sheila Jones, an Irish couple who I think had been there since the early 1970's. It had a tiny front bar, a slightly larger rear one, & a yard. You could always tell a new customer, as they would try & put money in the free jukebox. The other 'sin' was to try & grab the Guinness too soon. The Jones would pour it from one tap, scrape the foam off with a spatula, & top it up from another. Trying to take it early would result in a rap over the knuckles with the spatula. Asking for a Guinness shandy was not a wise idea! My first wife had a black & white Labrador/spaniel cross called Guinness, who was very popular.
The decor was basic, decorated with Guinness ads from years gone by. I lent Don a couple of old Guinness advertising books from the '30's, wonder if they are still there?
The clientele was a mixture. Business men & civil servants on their lunch breaks, young & old hippy & biker types, builders & brickies, the local rugby club, & an invasion of the Irish when Cheltenham Festival was on. There was an annual conker contest, & a cricket team, who once took on the Sri Lanka side. There was a dartboard, but the backroom was so small you risked impaling someone if you missed.
Since my day, the Jones retired & have since passed on. Their son took over the pub, but apparently the brewery put up the rent too much for it to be a viable concern.
It is still there, but sounds rather 'hipsterish' for my taste. 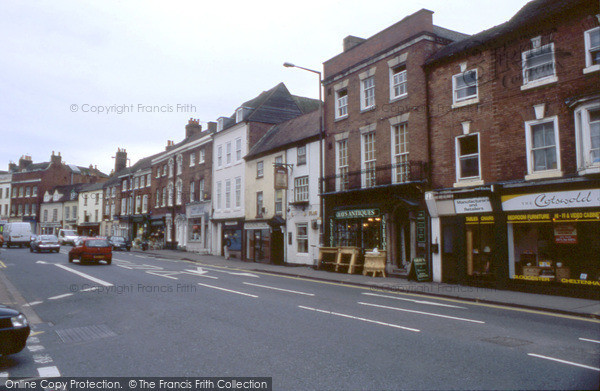