I started school at St Oswald's RC in 1944. We lived on Tanfield Road. I remember the head teacher was called Miss Wilfred, and later we had a headmaster called Mr Clancy. I remember when the war finished and we had to parade around the school yard and salute the Union flag. I remember the winter of 1947 and the snow too deep to walk in and it seemed like it would never go away. We spent our childhood playing in the fields at the back of the house which was known to us as Micky King's field. Beyond that were rolling hillocks of heath grass which led on to moor and gorse we called the whinys and the camp. We would often walk the two miles or so to Shadons Hill and drink water from the well there. I am told that that hill holds a lot of untold history, the first miners meeting there at some time in the1 830s. And it was the spot where British soldiers were camped during the Jacobite uprisings. The officer in command I am told was named Shadon. The area was also used during the early miners' strikes when families were evicted from their homes and made camps among the shelter of the gorse. The area was also the scene of a battle between Danish invaders and Saxsons over 900 years ago and all this on the places we played around Wreckenton. I remember the old C.o.o.p. and Nickolsons buses which were replaced by Crown Coaches, and the clock which stood near where the farm shop now is. The tram cars which were replaced by buses. The black out during the war years and the shortage of foodstuffs. And when a patch in your short trousers would be admired if it was done well. 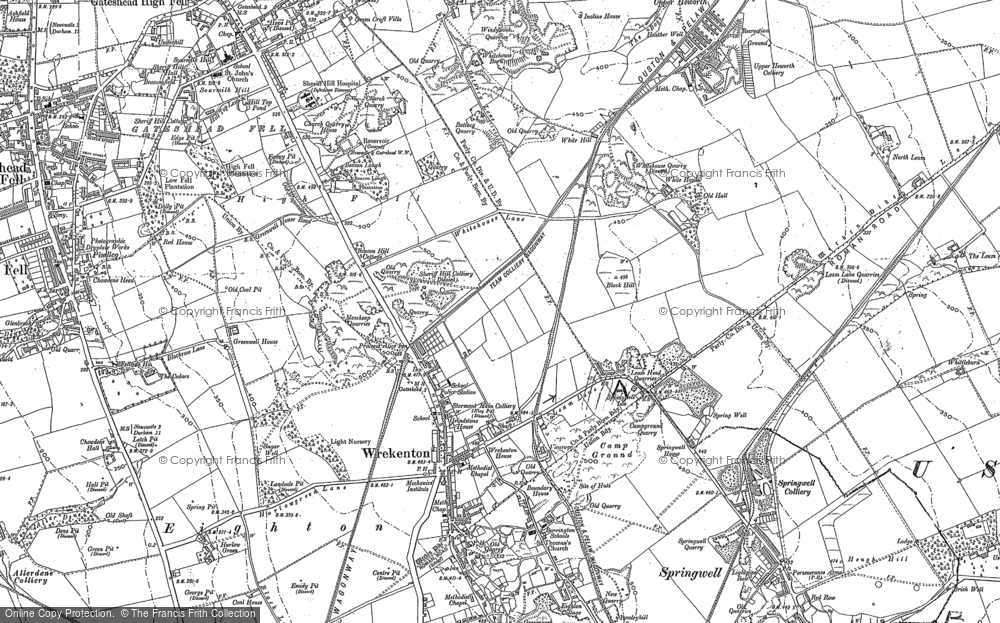