During the early world war 11 years I was "evacuated" to my grandparents who lived at No 3 Wrockwardine from my parent's house in Seaford, Sussex as the air raids and bombing were becoming too severe. My father, Frank was a policeman in Seaford, Sussex and, because of the war issues was extremely busy.

Anyway I spent a lovely, peaceful, couple of years or so there and attended the local village school which was very near St Peter's Church. I remember my teacher, a Mrs Goody very well and especially when it was my birthday she gave me a lovely big juicy strawberry!

My grandfather was head gardner at the 'big' house, the local Hall and, in later years, worked on the railway at Admaston station. He was married to Alice Mary (my grandmother) and they had several children: Mary (called Molly) my mother and my aunts, Charlotte (Lottie) and Alice May and (my uncle) Jack.

When I lived in Wrockwardine, my uncle Jack was serving in the war effort with the Royal Artillery whist 'Lottie was living in Sussex and Alice May in London

In those days there was a bus into Wellington on market day on a Thursday ..
Other days you just had to walk! No 3 did not have any mains water and one if my frequent jobs was to fetch two pails of water from the hydrant in Drummery Lane. Nor did the house have form of lighting other than oil lamps or candles and, of course sanitation such as we take for granted today, did not exist either and one had to rely on Elsan buckets.

Despite all these 'withouts' they produced fir me, many, many happy memories of Wrockwardine so a BIG thank you for these and many more (such was throwing sticks and stones) up into the nearby Walnut tree to try and dislodge some nuts! 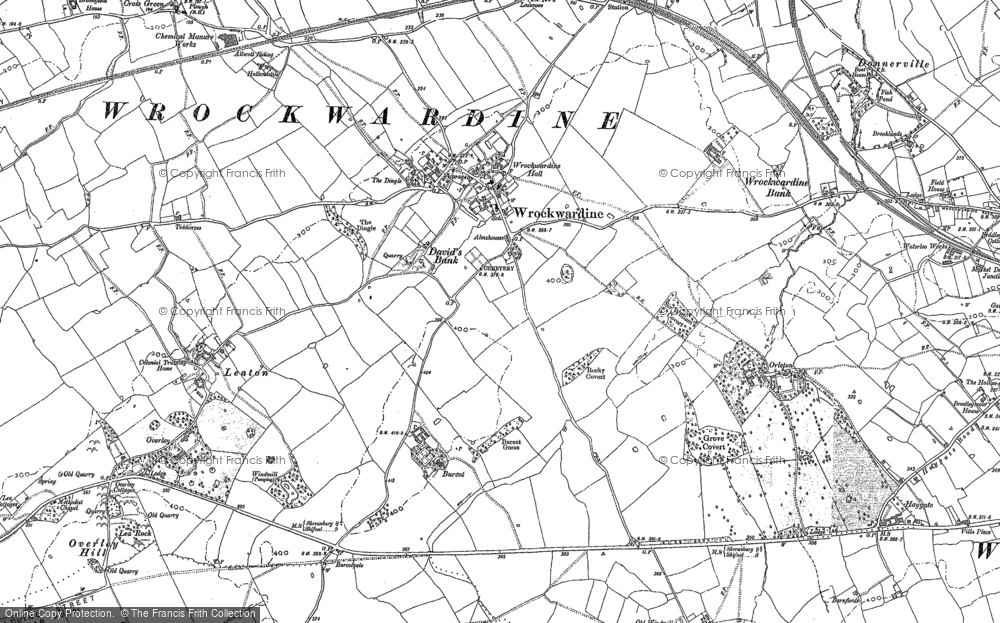