Wyndham Hill And Penn Mill - a Memory of Yeovil.

My house backed onto Wyndham Hill and I spent my childhood playing over there. My cousin and I loved to watch the steam trains passing by and sometimes (if our parents weren't nearby) would run onto the bridge at Pen Mill station and hang over to get lost in the smoke - the things kids do!
There was also another smaller field beside Wyndham which had three horses; Penny (a chestnut), Dusty (a dark grey) and Joey (a brown). The lady who owned them gave riding lessons, which I went to every Saturday (after coming back from the Saturday morning pictures at the Odeon). My horse was Joey, a lovely little horse, and I always remember cantering at the bottom of Wyndham (the Pen Mill station end); when for some reason Joey decided to 'put the brakes on' so to speak and I went flying over his head. I kept hold of the reins though and wasn't hurt but when I stood up the smell was dreadful. Dear little Joey had unseated me into a cow-pat! Thank goodness I didn't have far to walk home.
I used to go to Pen Mill Primary School and one summer afternoon, whilst lying on the grass of the playing field, I found a four-leafed clover which I still have to this day. I remember Grass Royal as a Secondary School (although I believe it's a Junior School now). Very nice school but I recall that our domestic science lessons were in a large house in Eastland Road
Other memories are Larcombes Stores in Sherborne Road right opposite my house, the daughter of the owner is still a friend (thanks to the internet) although I haven't seen her for 45 years face to face!, Arundels in Middle Street where my Mum and I would stop off for tea and ice cream; Denners department store, the cattle market and, of course, Nine Springs. Also remember my Dad's local, 'The Royal Marine' in Great Western Avenue - used to love playing in the skittle alley. Of course there's St. Michaels church where I attended a few weddings and the hall next door which was used by my primary school for assemblies each morning and special occasions like Easter, Harvest Festival and Christmas. I also recall a house with a water-wheel (I think this was called Chudleigh Mill) just by the River Yeo which could be found not far from the bottom of Wyndham on Sherborne Road going towards Sherborne. I was fascinated by that wheel and loved feeding the ducks there.
I also remember going to some woods further up Babylon Hill but I don't recall ever knowing the name.   Was it Newton Woods??   Anyway my family spent several hot summer afternoons there and we always had a picnic.   I remember picking hazelnuts and elderberries there as well.
I left Yeovil when I was 12 but returned to Somerset to live in Sherborne for three months when I was 15.   At that time I got a job working for Lyndall Fox in Glovers Walk but I cannot find any recent detail about them on the web so I guess they have gone now.
After viewing aerial maps, I see that Great Western Terrace has changed for the better, but unfortunately that is the only good change I can see. Yeovil seems to be sprawling out of control (has even moved into Brympton now) and has become so very modern that it has lost its charm. There's a ski slope, golf course, multiplex and numerous franchises like Pizza Hut, Burger King etc. so that Yeovil looks like every other town in the country - in other words characterless! And what an absolute travesty ... they knocked down The George Hotel!  Admittedly, I was only about 6 years old at the time but I've always had a love of history (was even in the Tudor team for sports at school) and Middle Street never smelt the same again after that very old booze-steeped building was no more.  A plea to the Planning Office in Yeovil - please leave it alone now, the place is becoming 'faceless'. I remember my geography teacher (at Grass Royal), Vyvian Malleson, going on television after the first Chinese restaurant came to Yeovil, to state that it would change the town and open up the floodgates and that, in his opinion, it should never be allowed - how right he was! 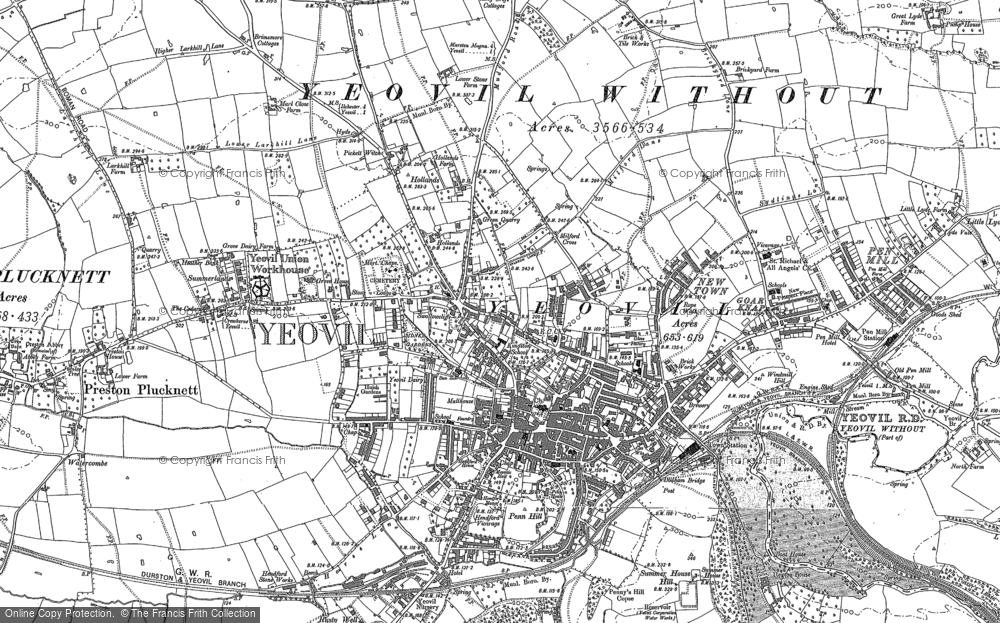