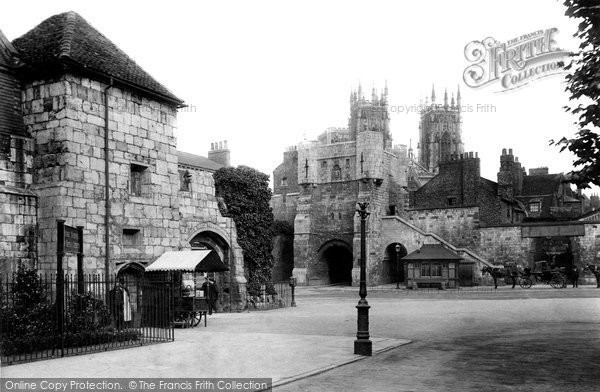 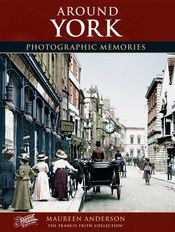 The photo 'York, Bootham Bar 1909' appears in this book

Caption for York, Bootham Bar 1909: The archway to this bar dates from the 11th century; this is the oldest of York's gates. In medieval times, guards were posted to keep watch and to guide people from the nearby Forest of Galtres so as to protect them from the packs of wolves that roamed the area.

An extract from York Photographic Memories.