York Minster - a Memory of York.

Some time in York I'd spend an hour or so within the Minster itself, and for me it was not fascination that brought me into the place; it was because its past history which was revealed. Take the Jews, many of which had came from Israel as captives of the Roman Empire whose tasks were to plan architecture and also to keep tally on goods purchased and sold. Whichever emperor it was who supposedly gave the Jews their freedom and allowed them to live and to prosper within York and surrounding villages. Many took up saddlery and also designing of building; and the money of which they earned were to be pooled together where they set up a bank of which not only fellow Jews could benefit from but the working class people of York: Christianity was not even heard of until a few hundred years later. Where York Minster stands there was a pagan church which can only be described as evil to say the worse. But paganism was thee only religion throughout the world, where it prospered for hundreds of years. That which we would call the font (a stone cut out into a shallow bowl) as I have said this was before the birth of Jesus that these fonts were used for. Druids believed in a type of reincarnation. It was believed that if a priest should die his spirit would manifest itself within whoever was available. A baby boy for instance would be brought by its mother and father to the pagan church; They would in no wise know what and why this ceremony was taking place: it is hard to believe but these priests would say some incantation spoken in some language only known to the priests to invoke a spirit from the dead and invite it to possess the baby within: concealed within the palm of the priests hand was a small spoon with enough grains of salt within to place the salt within the babe's mouth thus making the baby open his mouth as if he was yawning. It would be then that the priest would invite the spirit within through the mouth. We are not talking fiction but unadulterated fact. The baby would grow up not knowing that he was truly possessed and that because the spirit is dominant over the child he has no choice but to play the host, Sometimes, there is a clash of seeing who is the strongest of the two which causes unrest. Anyway some many hundred years later the Roman Catholic Church clashed with the pagan church for many years and then held a truce and decided to amalgamate and accept each other's beliefs. There in York as all over the place throughout England the Church of Rome built their churches and cathedrals over the foundations of the pagan churches where much inhuman sacrifices were performed and also the fonts stained with blood. Many Jews were to accept the Church of Rome and were indoctrinated into its dogma. The Catholic Church wanted to build York Cathedral (Minster) and began to borrow money from the Jewish Bank and any prominent Jews who'd be willing to part with their hard earned Cash. Many years later true devout Jews from Israel came to convert their own kind into a way of life which was totally different to that of the Catholic dogma. It was 1190 where King Richard was ordered back from his Crusade within Israel: it was he who instigated the whole tragedy where over 600 Jews both men women and children and babies in arms were massacred. If you want the full story email me. Some Jews from out of the city were to try and gain compensation and to try and get the Church of Rome to pay back borrowed money Richard the Lionheart passed a law through his Parliament where it was forbidden to loan money and yet before he was King he had borrowed untold thousands of Groats from off the Jews. In the end due to the Jews asking for their Money back, Richard and the Church of Rome said that in a goodwill gesture if they could ask for something other than money they'd consider honouring their part of the bargain. The Jews asked to be given a separate burial plot of which to bury their fellow Jews. They were given that which we now know as Jew Gate. It was a piece of swamp land that often flooded and was a place difficult to dig graves. From 1190 to about 1970s the Jews had buried thousands, but in the 1980s the sacred burial ground was without ceremony unearthed where skeletons and jewellery were looted and bulldozed and then tipped on council tips. Sainsbury's the supermarket and other retail shops were to build upon that which was hallowed ground, hallowed ground made corrupt. Those 600 Jews that were massacred in and around Clifford's Tower on 1190 were not buried in York, they were placed on ox carts and taken to London, I won't give the reason why as it would conjure reprisals. These were true facts so help me God that any man who hurt such innocence will pay for their doings in hell. 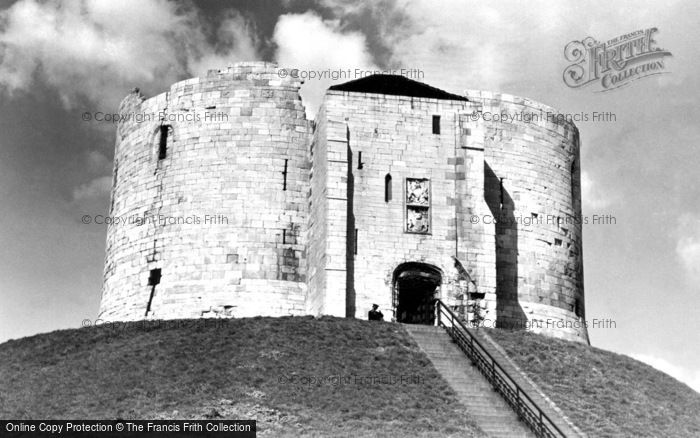