Wonderful Childhood In Yorkletts In The 1960s - a Memory of Yorkletts.

Hi, I would love to hear from anyone that may have memories of Yorkletts in the late 1960s. I used to spend a lot of time in the village, spending all my school hols with my gran who lived in a bungalow on the straight, towards Dargate, called Red Roses. I used to ride at the stables, Ellenden Stables, I think and remember going to the stores (not the post office) with my gran, I think the shop was called 'Sunshine Stores' but not too sure. I walked up the path in the photo so many times, it was quite a walk from where gran lived but was worth it for a lolly - I've been on Google and have identified the old Post Office, the bungalow still has the arch and small roof window and the bungalow that was next door is still fundamentally the same, the two buildings were separated by an emptly strip of land, now there's a house on there but the other two properties are easy to pick out. I would love to hear from anyone that remembers anything about the village during the time I was there. I have really happy memories of walking for miles with Nan, scrumping apples, picking damsons, sloes and blackberries and occasionally having the farmer chase us when Nan picked up some loose potatoes to make potato wine. 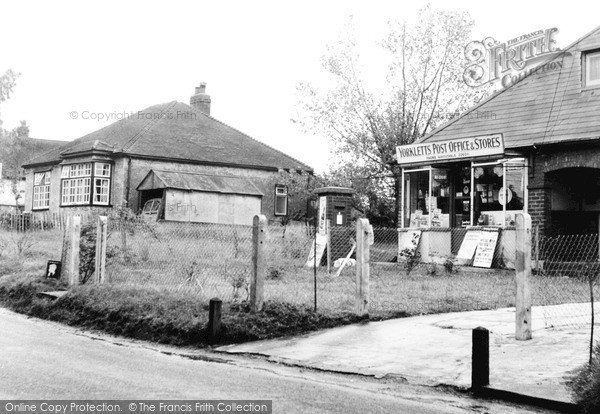