In the early ninties my son Dewi started going to the Boys Club as it was. Unknown to me and some of the other parents who took their children there the leader Mrs Hammond was coming to the end of her time there (she had been leader for many generations). As a group of parents we suddenly found ourselves without any management or leadership when she left. We suddenly had to either pick up the reines or it would close. There was a group of us which included Tony Honneywell, Ken Pritchard, Tony & Tommy Greenaway, Gary Field, Chris Lewis and myself. Gary ended up as chairman and I (dont quite know how) ended up as club leader. There started an amazing three years. I learnt on my feet Youth Work and during that time got girls involved in the club, the club went on trips to Germany Ireland, Scotland and Bolton where hundreds of young people from the Ystrad Mynach area had a great time and we used the area of sports including football, netball, karate, athletics as well as outdoor persuits in giving these young people a good experience in youth work. It would be good to see any one of those young people post stuff on here

Mon Feb 1st 2016, at 10:54 pm
robertovens45 commented:
back in the 60,s Ystrad Boys Club used to put on great social evenings/dances,where a lot of the top "groups"of the day used to appear,as well as the "institute"(which were organised to raise funds for the Youth Club) which wasn,t far down the road.Great days and times! I played in "The Vampires" group and we played in the youth club and "stute" many times supporting many of these top bands,it was great that the top entertainment of the day was brought to Ystrad Mynach,fond memories indeed.
Add your comment
Report abuse 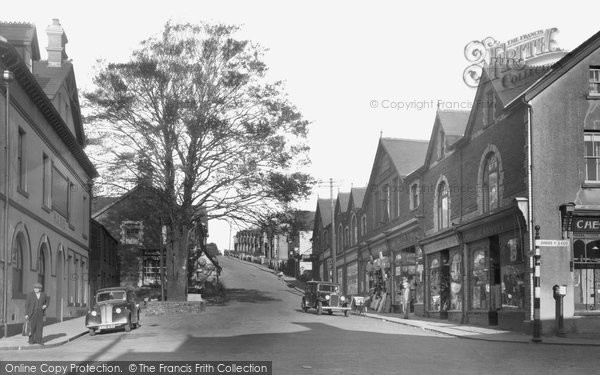