Further memories include attending Mattins at St George's Garrison Church, just across the lines from my RASC barracks; running the Scout Group there in the Garrison Church Hall, as well as the Cubs, and then a note being slipped to me in my barrack room, requesting I take the Guide Company meeting as the Guide Captain and her Lt were unwell. I did, in Army uniform and it was enjoyable - I simply ran it like a Scout Troop meeting. I also took them to camp on my own ( how innocent both I and the girls were) which was a roaring success. Then I would borrow the Padre's cycle and cycle to the Hoggs Back and to the wee villages, like Elsted, to the south of it on Sundays after church. A convoy of tanks passed me and then it stopped and I was hauled back to the Tank Commander's tank, displaying a major's badge, which I had not seen as we had no idea of tanks in the RASC! I was told off for not saluting the tank! Once a week I attended the Army Scripture Readers' Association centre in Aldershot for afternoon tea and Bible study. It was the cake and tea which attracted me. Some Saturdays I would attend the theatre to see say a Terence Ratigan play, or go to the cinema with pals. Yes, Aldershot was a happy experience in those National Service days. Graham Vahey, BUSBY, Scotland. 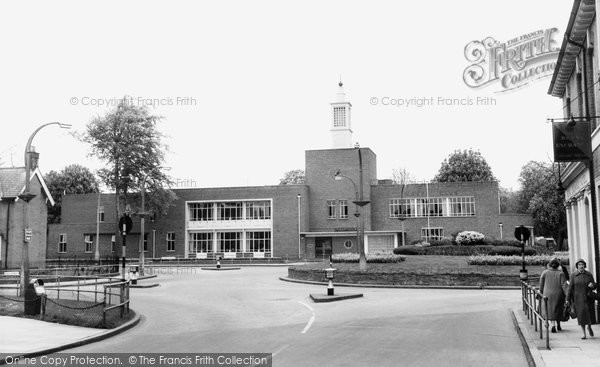