Home - a Memory of Allendale Town.

I lived in Allendale for the first five years of my life, unfortunately due to my parents  work situation, we had to leave the village to find work in the town; things were never the same!  We still returned to Allendale frequently to visit our relatives the Nixon's & Hutchinson's.  I still remember my childhood with fond memories & the very close friendship I had with all my cousins in Allendale at the time.  My mother Iris used to work for Tommy at the Heatherlea in the early sixties & I think my father George Garry used to work at the Dixon's Garage in Allendale as a motor mechanic & later Hexham.

Before the old brewery was redeveloped, my Nana used to live in an annex of the brewery before moving to new bungalows on Allenfields; as a child I found it to be quite an adventure trecking from our home - Allen House, down the Peth, across the field, then over the old bridge that crossed the River Allen & past the Riding Hotel to the brewery, my Mother hated the journey; my Grandmother was a lovely lady.

I also remember going out with my cousins - John Nixon & David Kirkwood with Howard & Dockray on the back of their lorry, some days delivering coal & other days collecting the village rubbish - 'ah sweet memories'!

I attended Allendale infants school for a year (1964/5) & I think my teacher was Miss Bell, does anyone remember her?  That was another quality of village life, the schooling.  It was the only schooling I ever enjoyed!

Now 48, I still return to Allendale to reflect on life & how things have changed over the years, not necessarily for the better.  The village is still the same, apart from a few shops/businesses closing over the years i.e. Charlton's - I loved that shop!  The people are still as friendly as ever.

A memory shared by Jeff Garry on May 10th, 2008. Send Jeff Garry a message 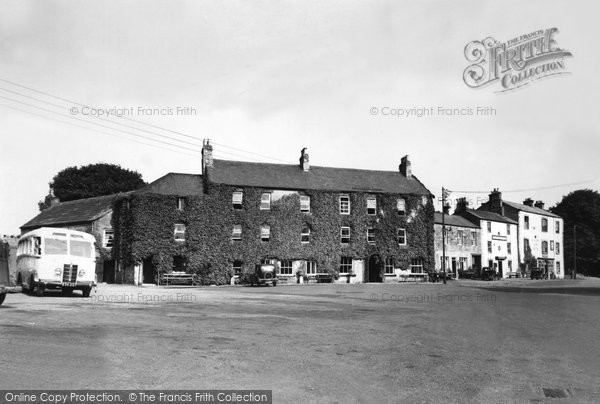