Curious old buildings known as Buttermarkets or Buttercrosses can be seen in a number of town centres around Britain. In the days when most farmers sold their produce locally, these were specially built structures to provide shelter for the vendors, usually the farmers’ wives, where commodities such as butter and cheese could be sold under cover on market days in the town. 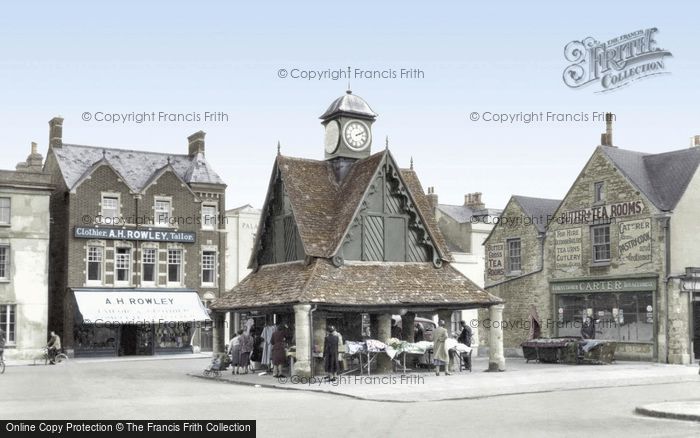 The Butter Cross at Witney, the town’s most popular landmark, was constructed soon after 1606, when Richard Ashcombe, a wealthy merchant, left £50 ‘to build a house over and above the Cross’. The central pillar is possibly the base of an old market cross, though tradition has it that a statue of the Virgin once stood on the spot. The clock was added later, after a bequest from William Blake of Cogges. The space under the pillars of the two buildings provided shelter for country people coming in from outlying farms to sell fresh farm produce. 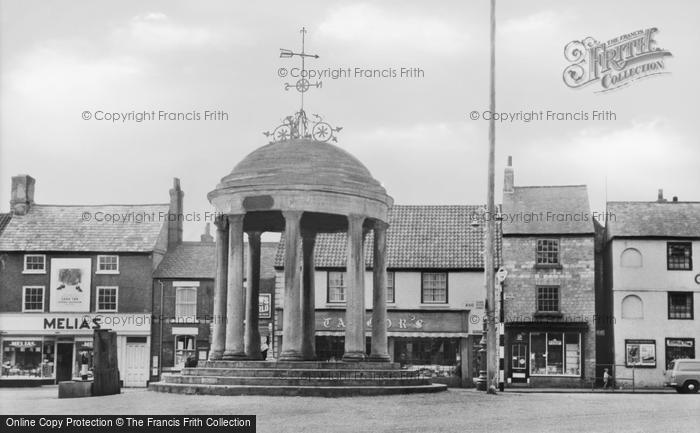 The Market Cross at Tickhill, known locally as the Buttercross, was built in 1777 by the Reverend Christopher Alderson. At Christmas time, local people gather around the festively decorated monument to sing carols. 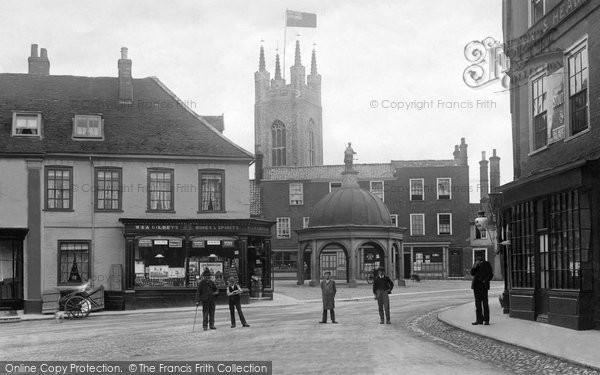 Bungay suffered a major town fire in 1688, and the Butter Cross was built to commemorate the disaster. It is a pretty octagonal building with a dome surmounted by a figure of Justice. In the past, a cage underneath the Butter Cross was used to hold local felons to public ridicule, although by the time this photograph was taken it was no longer in service! 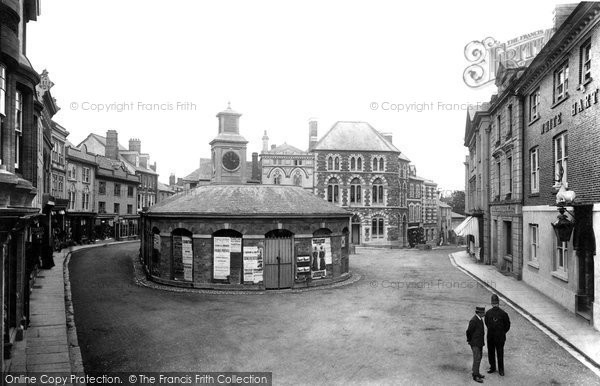 The Butter Market at Launceston in Cornwall seen in this town centre view taken in 1906 is now one of England’s lost buildings – it was demolished in 1919. 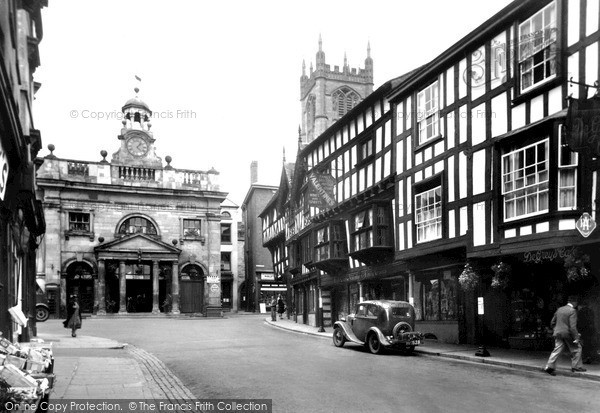 The Buttercross at Ludlow was built in 1744 at a cost of £1,000. The ground floor served as a butter market, hence the name. Upstairs was the Blue Coat Charity School (the name came from the uniforms given to the boys to wear). The cupola on top is thought to have come from St Leonard's chapel in nearby Corve Street. 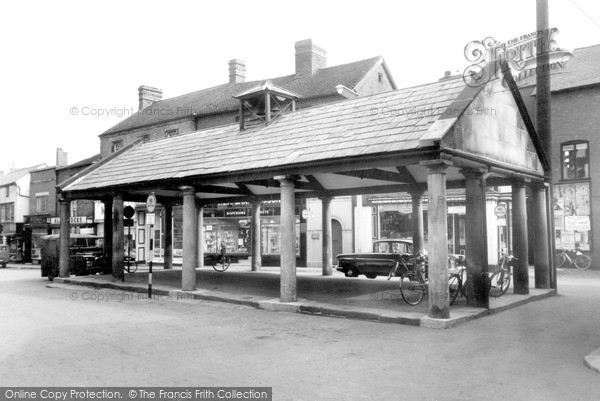 Northern Shropshire used to be famous for its cheeses and dairy products, hence the Buttercross at Market Drayton that is seen in this picture, which was built in 1824 as a place from where local produce was sold. 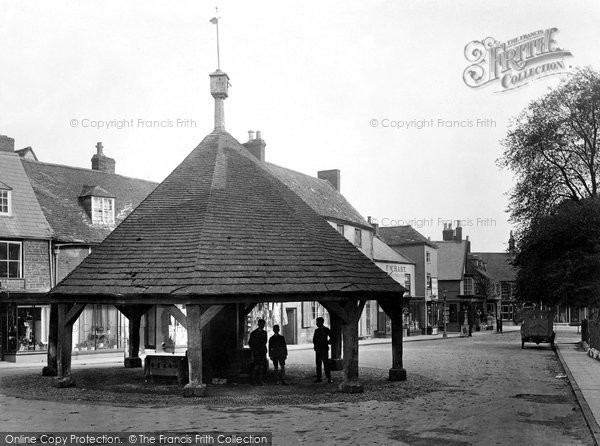 In this view of Oakham local children stand inside the Buttercross, which also houses the town stocks, used to punish felons in the past – but the reason why the stocks have the odd number of five holes is still a mystery! 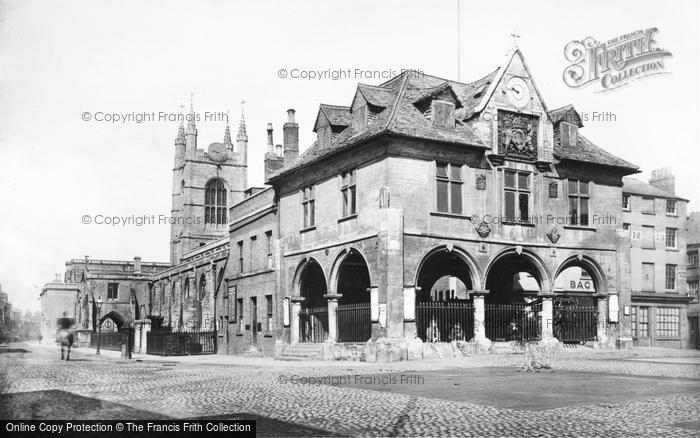 Peterborough’s magnificent 17th-century Guildhall is supported by columns to provide an open ground floor for the butter and poultry markets which used to be held there. 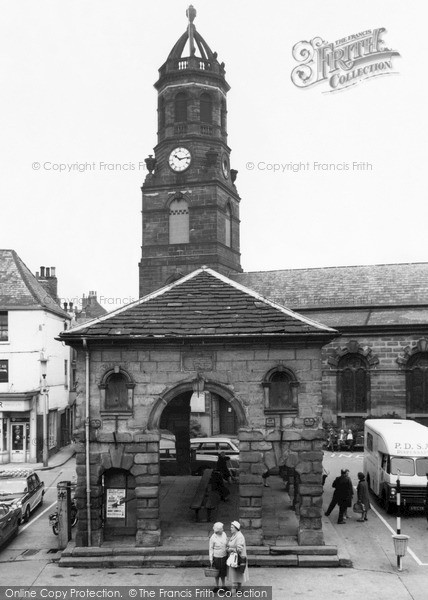 In front of St Giles’ Church at Pontefract is the Buttercross of 1734, used over the centuries for the sale of local dairy produce. Some of the original 18th-century benches still survive inside the building. 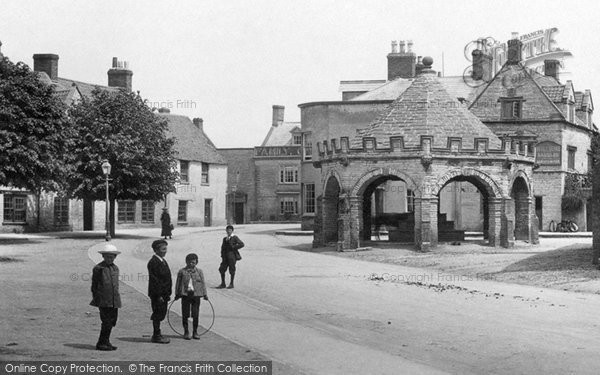 Somerton’s Market or Butter Cross is dated 1673. Note the boy with his hoop and stick on the left of this view, a favourite childhood toy in the past. 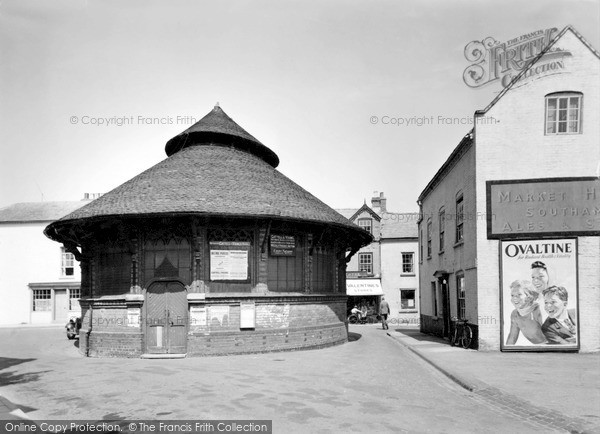 There are a number of old posters sticking to the walls of the Butter Market at Tenbury Wells in this view - these days there is a discreet sign which tells us that ‘Bill Posting is now Prohibited’.