The history of Bradford and specially selected photographs

Many of the photographs of Bradford in The Francis Frith Collection were taken in the 1880s and 90s. It was a time when Bradford was the centre of the woollen and worsted industry not only in this country, but throughout the world. However, the city's manufacturers were suffering from the effects of import tariffs imposed by a number of European countries - and there was worse to come. The McKinley Tariffs of 1895 resulted in the halving of British woollen and worsted exports to the USA. Even so, the late Victorian traveller would have found the city a veritable forest of smoking mill chimneys interspersed with the often squalid housing of the workers. Streams and brooks ran black, polluted with mill waste and sewage. There were other industries, too. Bradford was on the western edge of the great Yorkshire coalfield; because the coal was near to the surface, it could be mined relatively inexpensively. Also close by were the ironworks of Bowling and Low Moor.

For centuries Bradford had grown slowly. The first written account we have comes from the Domesday Book of 1086. The entry covers the village itself together with several outlying hamlets and a number of manors. The total population was almost certainly less than one thousand, of which a couple of hundred or so would be living in Bradford. The biggest landowner in the area was a man named Gamel. Of Norse descent, Gamel farmed a number of plots throughout the area, which amounted to 1,500 acres.

Just when Bradford's association with the woollen industry began is unknown. However, we do know that some weaving was being carried out in the area during the late 13th century, as an Inquisition from that era mentions the fining and imprisonment of one Evan of Gumersal, a weaver. In other parts of Yorkshire, cloth-making was fairly widespread, though on a smaller scale. The only exceptions to this were in York and later Beverley, both of which had weaving guilds - York's was founded as early as 1150.

Without doubt, the major influence on Yorkshire's medieval development were the great Cistercian abbeys, such as Fountains, Rievaulx, Jervaulx and Kirkstall. Founded in poverty, the abbeys grew rich and powerful as a result of generous donations of land from Norman lords. It was on these lands that the abbeys reared sheep for their wool; at one time Fountains Abbey had 600,000 acres devoted to sheep pasture.

Most English wool was not woven at home but exported to Flanders and Lombardy. In order to finance some of their building programmes, monasteries would sell several years' wool production in advance by means of forward contracts. Sometimes this went wrong, leaving the monks well and truly in the red. In 1275 the Jews of York bailed out Fountains Abbey, which was over £6,000 in debt - a phenomenal amount of money in those days.

The abbey most closely associated with Bradford was Kirkstall. Founded under the patronage of Henry de Lacy, Lord of Pontefract, the monks of Kirkstall had first settled at Barnoldswick-in-Craven, but moved to the banks of the Aire in 1152. Kirkstall was given lands around Bradford and the charter to hold Wibsey Fair.

The 14th century saw a significant increase in the amount of cloth woven in England and in the export of manufactured cloth to the Continent. This was due to a number of factors, including the introduction of the spinning wheel into more rural areas, and a policy that actively encouraged Flemish weavers to come and settle in Yorkshire. For the most part the type of cloth produced was only one yard wide; anything wider required a broadloom, which had to be worked by two men.

Towards the latter part of the 17th century, the spinning of worsted yarn gained a foothold around Halifax and Bradford. Apparently there had been some production in Yorkshire as early as the 14th century, but by far and away the main centre for its manufacture was East Anglia. All this was about to change. Thanks to men like John Hustler of Bradford, Yorkshire would replace East Anglia as the country's principle manufacturer of worsted.

Hustler, born in 1714, became a master manufacturer and merchant, and later served on the Worsted Committee - a body set up by the manufacturers to regulate and police the industry in an attempt to combat mounting fraud and theft among suppliers and outworkers. The Worsted Acts of 1777 allowed for the establishment of an inspectorate whose job it was to investigate possible cases of fraud and, if necessary, bring the transgressors to court. Hustler had been involved with a combination of manufacturers between 1754 and 1776, and it was this experience that led to his being appointed chairman of the Yorkshire committee. The committee brought a measure of co-ordination to the industry that was to see trade continue to develop and put Yorkshire at the centre of the woollen and worsted industry. By 1773, such was the importance of worsted to Bradford that local manufacturers clubbed together to pay for a Piece Hall specialising in the sale of this type of cloth. In 1779 Halifax opened its rather grand 315-room Piece Hall, but here dealers traded in both worsted and woollen cloth.

The prospect of work in the new factories attracted thousands of people from rural areas to the textile towns of Lancashire and Yorkshire. Starting work in a factory in the early 19th century would have been unlike anything they had known before. There were strict hours of attendance, and work was carried out at a rate set by the employer in conditions that were virually unregulated. People, including children, worked long hours - Bradford mill owners were among those who used orphans sent from London workhouses as little more than slave labour. Children as young as five worked up to 13 hours a day and were beaten to keep them awake.

Living conditions were often appalling. Families were crowded into single rooms or cellars and sanitation usually consisted of a cesspit, the contents of which invariably managed to contaminate the local water supply, normally a communal well. It took several outbreaks of cholera, resulting in thousands of deaths, to galvanise the country into public health measures.

Hand-weaving was considered a man's job. Power looms did not make much of an impression in Bradford's mills until the 1830s, but once their advantages were seen they soon took over, enabling women and girls to weave. Mechanisation had long been viewed with suspicion by mill workers fearing for their jobs. This fear manifested itself in Luddism - the Luddites refused point blank to accept technical innovation.

The first serious problems occurred in 1811-12, when hand croppers rebelled against the introduction of shearing frames. Mills were attacked, frames destroyed and manufacturers threatened. Mill-owner William Horsfall was shot dead by Luddites on Crosland Moor. The Luddites were ruthlessly put down, with Horsfall's murderers paying with their lives on the gallows at York Castle. In the 1820s, violence erupted once more over the introduction of power looms and mechanical combing machines. In 1822 a power loom was smuggled into a mill at Shipley, but word soon got out and the place was surrounded by angry weavers. The loom was dismantled and taken away, but the cart on which it was being carried was attacked. The remains of the loom were dragged in triumph through the streets of Baildon.

There were attempts to improve working conditions in the mill towns. Men such as Richard Oastler (whose statue now stands on North Parade in Bradford, moved from its original position in Forster Square) and John Wood petitioned Parliament to cut factory hours and end child labour in the mills. By the 1850s some workers were getting a few days' holiday, even if it was without pay, and there was at least some time off at weekends.

Other famous names in Bradford's story are Titus Salt and Samuel Lister, two of the most influential people in its history. Titus Salt and his family moved to Bradford from Wakefield. Titus was apprenticed as a woolcomber, after which he landed a partnership with Daniel Salt & Son. The story of how Titus made his fortune is well known, but it was not his first venture. Titus acquired a large shipment of Russian Donskoi wool, but found it impossible to sell it on. Not to be outdone, he took over a mill and had the wool spun himself. The wool made an excellent yarn and sold without difficulty. Titus's love affair with alpaca began when he spotted some unwanted bales in the warehouse. Taking a sample, he asked his father's opinion. His father advised him to leave well alone. Like most sons, Titus ignored his father's advice, bought the entire shipment and had it woven. Alpaca soon caught on, and the Salts prospered.

What set Titus Salt apart from many other Bradford mill owners was his concern for the welfare of his workforce. Titus realised that a contented workforce meant better productivity, and better productivity meant he would continue to prosper. It culminated in the building of a new mill and village to house its workforce at Saltaire between 1850 and 1853. Titus provided his workers with a standard of accomodation far higher than most of them would ever have had in Bradford. He also built a school, almshouses and a cottage hospital, but no pubs as he was against alcohol.

Another well-known businessman was Samuel Cunliffe Lister, who came from a mill and quarry-owning family. Samuel gave up the manufacturing side of the business for a while to concentrate on woolcombing and the development of machinery for the worsted trade. He went into partnership with George Donnisthorpe, a mechanic from Leeds, who had developed a woolcoming machine. Samuel knew that George's design could be improved on, and in 1843 they produced their first samples of fine-combed Botany wool. They bought up most of the patents for combing machines, and put theirs on the market. With profits of £1,000 per machine, Lister became a very wealthy man, able to finance the building of his magnificent Manningham Mill. An enormous worsted and silk mill, Manningham had a total floor space of 26 acres. Its chimney, styled as an Italian campanile, is 255ft high and is known as Lister's Pride.

Between 1888 and 1893, the number of trade unionists almost doubled. In 1891 Bradford experiened a strike lasting five months; the reason was an imposed reduction in wages at Lister's mill due to a fall-off in orders. A meeting at St George's Hall ended with strikers clashing with police. The following night it is said that 20,000 people rioted, and troops were called in to assist the civil powers. On the third night a searchlight was mounted on the tower of the town hall and troops were again called in. There were a number of baton charges and arrests before the mob was finally dispersed. The strikers returned to work having gained nothing. A direct result of the Lister's strike was the founding of the Independent Labout Party at a conference held in the town in 1893. Among those present were Keir Hardie, George Bernard Shaw and Fred Jowett. 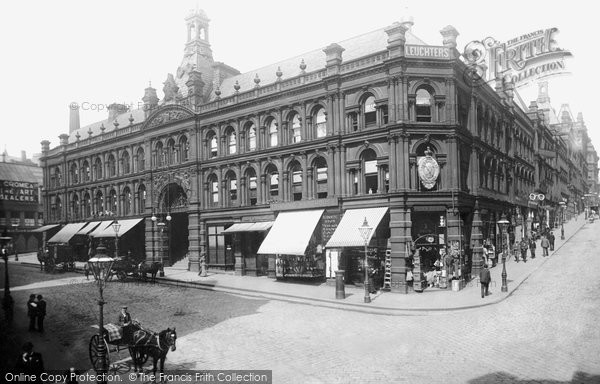 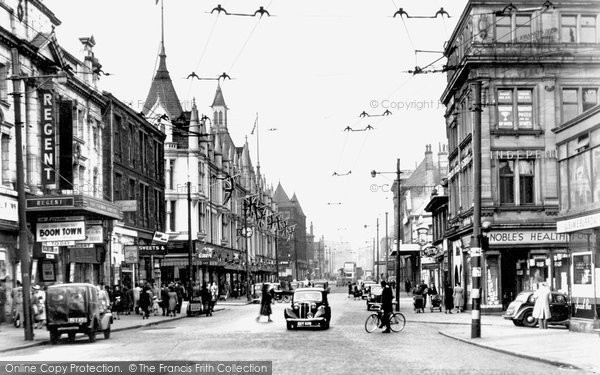 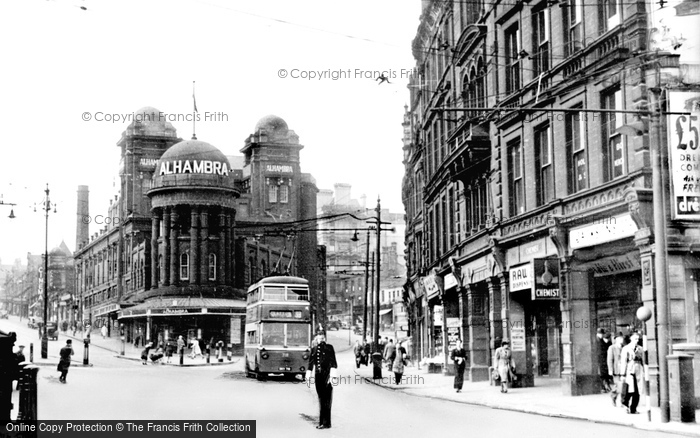 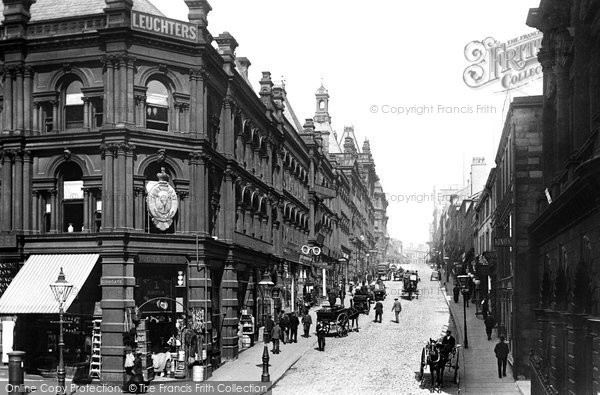 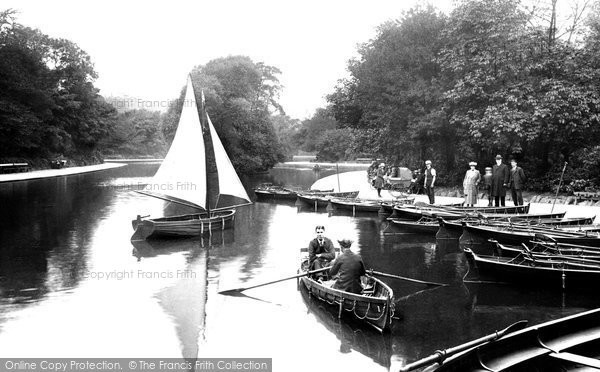 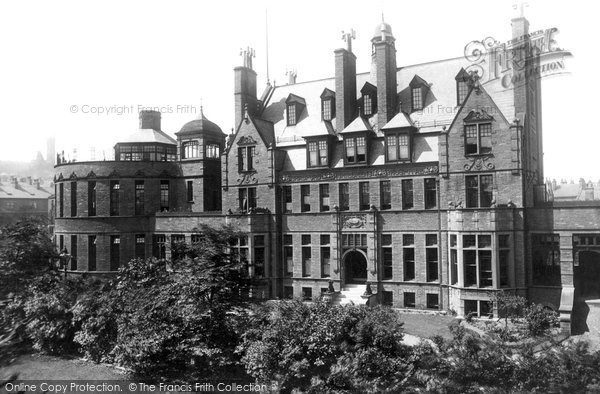