The history of Coventry and specially selected photographs

The origins of Coventry are obscure, but in all probability it began in the 7th century with the establishment of a hamlet to serve an Anglo-Saxon convent; both were destroyed by the Danes in 1016.

In 1043 Leofric, Earl of Mercia, founded a Benedictine priory which he endowed with half his land in the town - hence the division of the town into the Prior’s Half and the Earl’s Half. Earl Leofric's wife was the Lady Godiva who will forever be associated with Coventry, who legend says rode naked through its streets in an attempt to persuade her husband to change his mind about increasing local taxes. She was a real person, an Anglo-Saxon noblewoman who was born around 1010, although her name as used in her day was ‘Godgivu’, which meant ‘God Given’. Although Lady Godiva was a real historical figure, there is no contemporary account of her famous ride. It was first recorded around 1200, when the chronicler Roger of Wendover put it in his ‘Flores Historiarum’ and dated the event to 1057. Wendover wrote that Godiva, wishing to free the town from ‘heavy bondage’, with prayers asked her husband to help the town. Leofric is said to have rebuked her and told her not to speak of it again, but Godiva persisted. He finally gave in, and said: ‘Mount your horse and ride naked before all the people through the market of the town from one end to the other, and on your return, you shall have your request.’ Wendover says that Godiva loosed her hair so that it covered her body and nothing could be seen but her legs; then, attended by two knights, she rode through the market place. Her ride completed, she returned to Leofric, who was astonished and granted what she wished. An addition to the tale in the 17th century was the story of ‘Peeping Tom’, a local tailor who disobeyed the command to go indoors and not to watch as Lady Godiva rode by. After taking an illicit peek, Tom was struck blind in a divine act of punishment for his disobedience, and gave the world a name for someone who steals a look.

Covenry grew up at the junction of the roads to Warwick, Lichfield, Leicester and London, and its first golden age would dawn during the 14th century. By this time Coventry’s trade was founded on wool, leather goods, metal working and the manufacture of soap, but cloth was becoming increasingly important. A poll-tax return for 1377 gives an estimated population of around 7000, making Coventry the fourth town in England after London, Norwich and Bristol. Coventry was seen as a medieval boom town, attracting an influx of people from surrounding villages in search of work.

In the Middle Ages Coventry was particularly noted for its dark blue dyed thread and cloth, which was so long-lasting that it bore the name ‘Coventry True Blue’. The dye is believed to have been made from sloe berries, and the rich dark colour stayed true despite repeated washing, giving rise to the expression ‘As true as Coventry Blue’.

The Coventry of the 18th century was still dominated by the wool trade, though by 1765 the manufacture of silk ribbons had become a major local industry and would remain so well into the 19th century. The town was also known for watch-making.

Mary Ann Evans, better known as the author George Eliot, attended the Franklins’ school in Warwick Row in Coventry between 1832 and 1835 (the school building still exists; it was later called Nantglyn, and now houses an estate agent). She later came to live with her father in a house later called ‘Bird Grove’ off the Foleshill Road, and part of the house still exists, although it is now used as an evangelical church which can be seen from George Eliot Road. Coventry is believed to be the model for the town in George Eliot’s novel ‘Middlemarch’, and the author based Hetty Sorrel’s trial scene in ‘Adam Bede’ in St Mary’s Hall in Coventry. As the hall was sometimes used as a court of justice she had probably attended a trial here.

Coventry’s second golden age dawned at the end of the 19th century when it became a major centre for bicycle manufacture - by the mid 1890s there were 80 bicycle firms in and around the town. Further advances came with the rise of motorcycle and motorcar manufacture, and for many years Coventry was the world’s biggest car maker.

Coventry for many people is best-known for the terrible destruction it suffered during the Second World War. It endured dozens of air raids from1940 to 1942, much of the city centre was flattened, and the ancient cathedral church of St Michael was destroyed. It was only in 1962 that the Bishop of Coventry, in the presence of Queen Elizabeth II, finally consecrated the new, modernist cathedral which replaced it. The gaunt but still splendid ruins of the old building were left to stand, a lasting reminder of the folly of war.

Coventry is now a thriving city, much visited by tourists. It is constantly developing, gaining national awards for its architecture, and is a bustling, multi-cultural city. Coventry, like the phoenix, rose from the ashes, and as it goes forward into the 21st century the phoenix still burns brighter than ever. 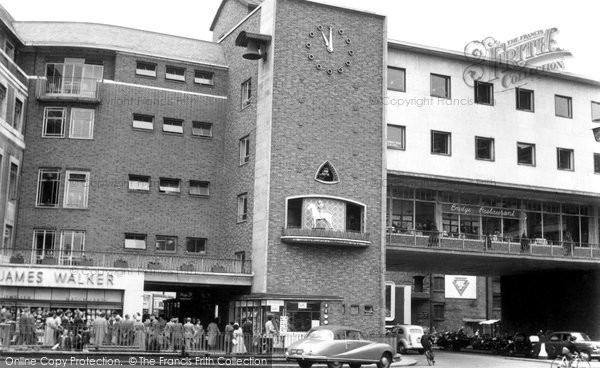 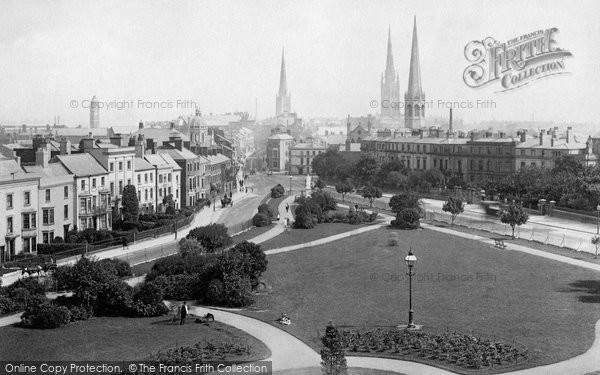 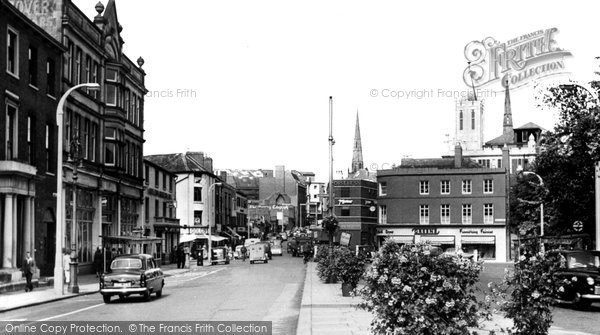 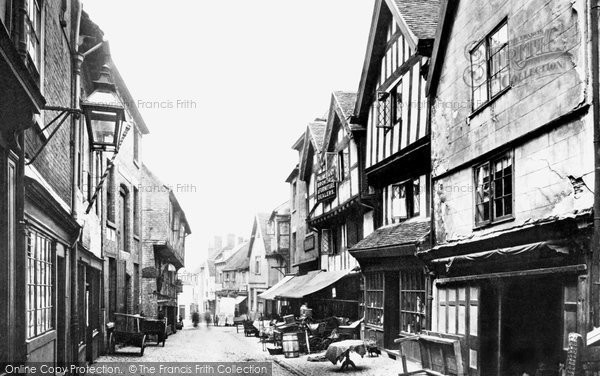 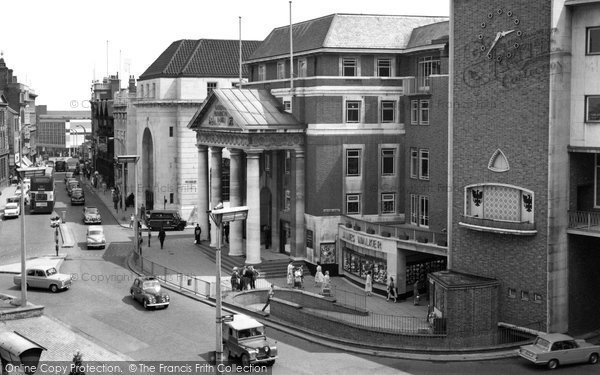 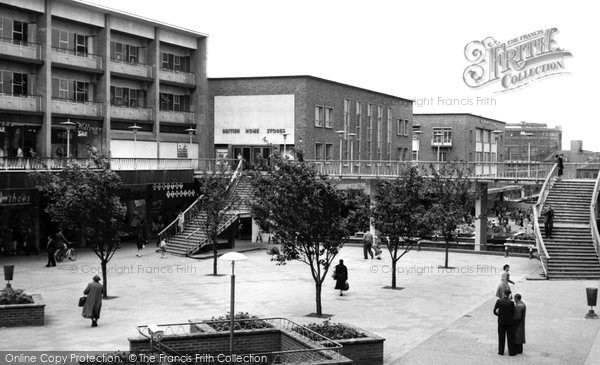