The history of Kingston upon Hull and specially selected photographs

Hull, or more correctly Kingston upon Hull, is situated on the north side of the River Humber at a point where the River Hull empties the waters drained from the Holderness Plain of the East Riding of Yorkshire.

The town began its life in the 12th century, as a hamlet named Wyke upon Hull, which was then in the possession of the monks of nearby Meaux Abbey who had developed a small port for their wool trade. Noticed by King Edward I as an ideal location for a supply base for his campaign against the Scots, the town was acquired by him in 1293 and subsequently re-named Kingstown upon Hull. Enjoying royal patronage, it received its first charter in 1299; after this, the town began to flourish, and soon became one of the foremost ports of the realm, being only surpassed in trade by Liverpool and London.

The town was fortified during the 14th century when massive brick walls with many towers were constructed to protect the inhabitants; five principal gates gave entry and exit across the moat to the town. The city was viewed as a prize during the Wars of the Roses, but stayed loyal to the house of Lancaster. Its military importance was recognised again when the town was further fortified during the 16th century. King Henry VIII ordered a huge castle to be constructed, but this time on the east bank of the River Hull. The castle, or 'The Citadel' as it was known, was built to a high specification with many bastions, blockhouses and turrets. Sad to say, none of the town walls or castle fortifications remain to their original height for the visitor to see: they were removed for the expansion of the town during the 18th and 19th centuries.

The town was again regarded as a strategic prize by the Royalists and Parliamentarians during the English Civil War. Local historians will tell you that the war started in Hull: on 23 April 1642, King Charles I was refused entry at the north-west gate, then known as the Beverley Gate, so setting in motion a chain of events that was eventually to lead to his death. A section of the town walls was excavated a few years ago; the massive brick foundations were found to be in a wonderful state of preservation. The walls have been preserved in situ, and a viewing area has been constructed around them at the west end of the Whitefriargate.

Following the construction of Hull's first dock in 1778, then the largest inland dock in the kingdom, trade and the city grew rapidly. So successful was the port that several more docks were to follow during the 19th century, eventually resulting in the city being completely ringed by water. The railway came to the city in 1840 with the building of the Hull & Selby Railway. This added to the prosperity of the town, and in turn led to the construction of several more docks to the east and west of the city to cope with the increase in trade.

The first quarter of the 19th century saw Hull become the biggest whaling port in Britain, processing whale oil, seal skins, whale-bone and other attendant products. As the whale fishery came to an end during the 1860s, the city moved forward and became the world's largest centre for oil seed crushing and milling; this led to the establishment of many industries such as paint, colour, oil and varnish manufacture. Joseph Rank the miller began his working life in Hull during the 19th century, and became the largest flour miller in the country.

The port was once the home of the world's largest deepwater fishing fleet, and it is often said that the kipper was invented in Hull. The largest part of the city's trade was conducted with the Scandinavian countries, the Baltic states and the low countries of Europe; wool, coal, iron, machinery and grain were major exports, and large quantities of timber, oil seed, fruit and provisions accounted for the import trade. During the late 19th and early 20th century, the port was home to the merchant ships of the Wilson Line; at the beginning of the 20th century, this was the world's largest privately-owned mercantile fleet, owning approximately just short of 100 steamships.

Much of the property in Hull's Old Town and Market Place had evolved over several hundred years; it was a mixture of large riverside warehouses, commercial properties, small businesses and scattered areas of housing. The town's situation on the east side of the country meant that most of its trade was conducted with the Scandinavian countries, the Baltic States, the Hanseatic ports and the low countries of Europe. The centre of Hull's merchant trade was conducted in the High Street alongside the 'Old Harbour' (the name given to the lower reaches of the River Hull where it entered the River Humber). The High Street, formerly known as Hull Street, followed the sinuous line of the river; the merchants built many substantial and richly-adorned houses along its frontage adjoining their staithes (private wharves). The names of the merchants who built these houses or were associated with them are reflected in the superb examples that survive today: Blaydes House, the Maister House, Crowle House and the superb Wilberforce House. This house, according to tradition, was owned and built during the 16th century by the Lister family, who entertained King Charles I here in 1639. The house was extensively added to and re-modelled along the years, and contains many architectural features from the 16th to the 20th century. During the 18th century the house was the home of the wealthy Wilberforce family. It was here in 1759 that the great emancipator and abolitionist William Wilberforce (1759-1833) was born. The Wilberforce family were merchants and corn dealers, and had their own staithe (landing stage) adjoining the house. The building evolved and changed hands throughout the years, eventually becoming offices and business premises for several of the city's corn and seed merchants. Following its purchase and closure during the early 1900s by the city council, the house was completely refurbished. It re-opened during 1906 as the Wilberforce House museum, and is now the home of an extensive collection of artefacts relating to the slave trade, the abolition of the slave trade was to take up most of William Wilberforce's political life.

At the age of 21 William Wilberforce e was elected MP for Hull; he is mainly remembered for his campaign to abolish slavery. Following his death in 1833, he was buried in Westminster Abbey in London; a tall fluted Doric column, 90ft high and surmounted by a 12ft statue, was erected to his memory in Hull a year later - the first stone was laid on 1 August 1834, the date of the abolition of slavery in the British Colonies. The Wilberforce Memorial, costing £1,250 and funded by public subscription, originally occupied a site opposite the Dock Offices near to the bridge over the lock gates connecting Princes Dock and Queen's Dock. The bridge was henceforth known as Monument Bridge. Owing to traffic problems encountered following large-scale improvements to the area, the column was moved to a site at the east end of the town's Queens Gardens in 1935.

The town was the home and birthplace of several other famous names in English history. They include the De La Pole family, the richest merchants in the kingdom during the reign of Edward III; the great poet and patriot Andrew Marvell, born in March 1621 in the nearby village of Winestead, MP for Hull for 20 years, a friend of John Milton and admirer of Oliver Cromwell; and Joseph Rank, the pioneer of modern milling and one of the town's greatest benefactors.

Hull was one of the few towns or cities that suffered badly during both world wars of the 20th century - it was bombed on both occasions. During World War II the city was the most bombed centre of occupation after London, sustaining 82 air raids with 1200 killed and over 3,000 injured. Out of a housing stock of 92,660, only 5,945 houses remained unscathed, and most of the grand buildings which once adorned the main thoroughfares of the city centre were either obliterated or seriously damaged. The large-scale clearances which followed World War II resulted in large parts of the city being rebuilt during the 1950s. The city centre has undergone large-scale changes and modernisation, and its town centre docks have been redeveloped and no longer cater for any mercantile trade. The former Queens Dock was filled during the 1930s, and is now the town's municipal Queen's Gardens; the Humber Dock and Railway Dock have been converted into a thriving marina; and the Princes Dock, whilst still containing a large expanse of water, is now one of the principal shopping areas following redevelopment during the 1980s and early 1990s.

Kingston upon Hull History in Photos 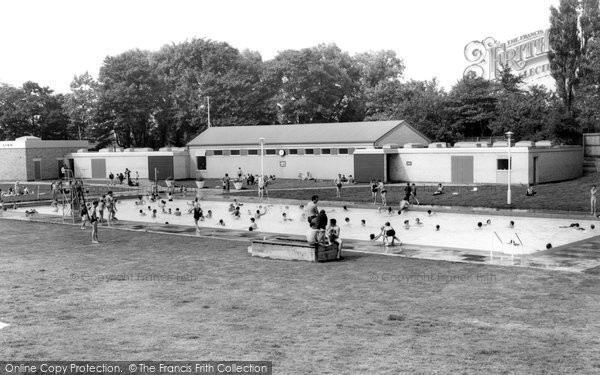 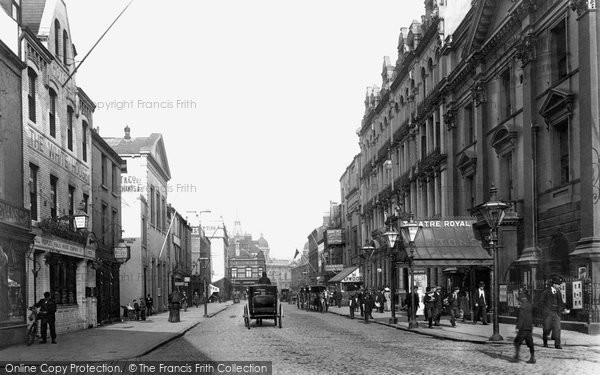 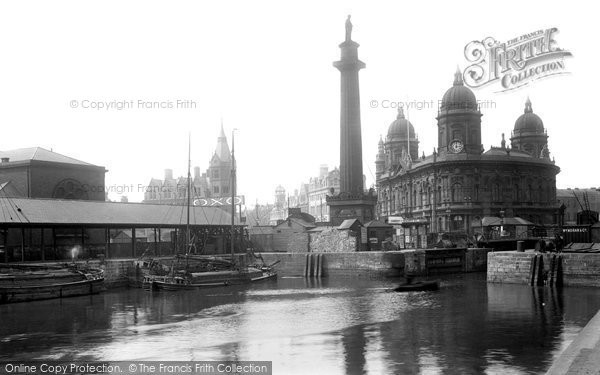 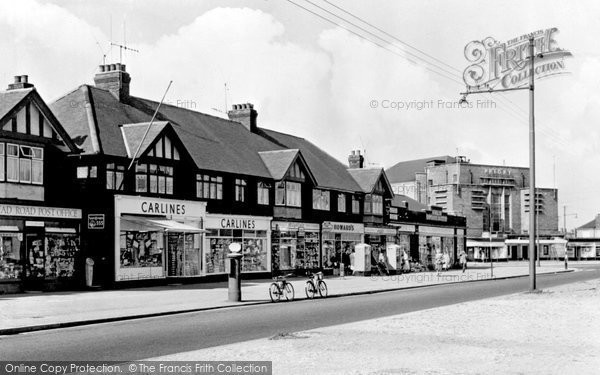 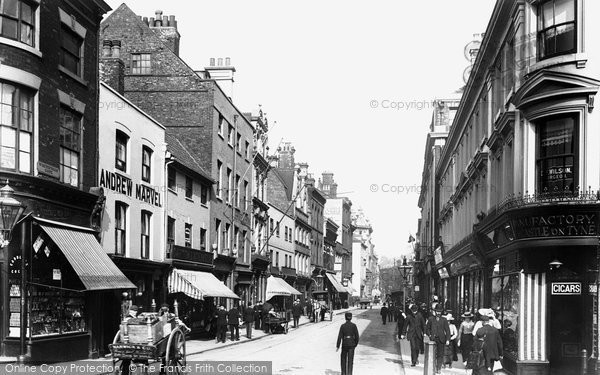 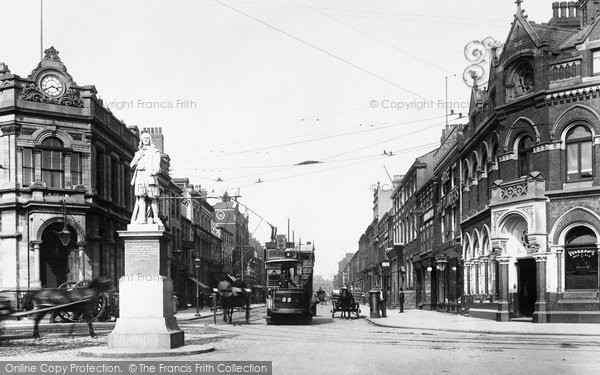 What you are reading here about Kingston upon Hull are excerpts from our book Hull Town and City Memories by Graham Wilkinson, just one of our Town & City Memories books. 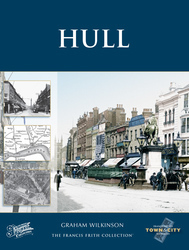