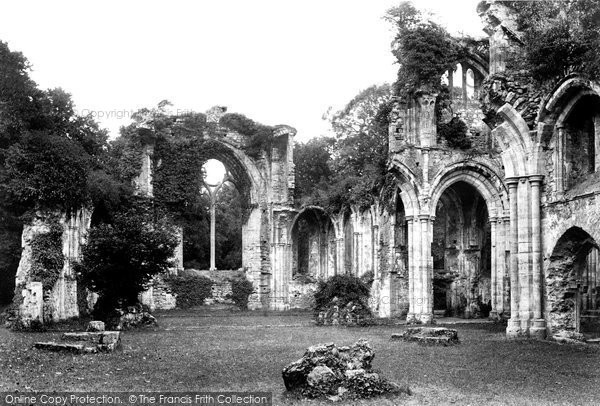 Sign in to send as a Free ePostcard.
Back to all Netley Photos
Back to Netley

Caption for Netley Abbey, The Abbey 1908: Founded in 1239 by the monks of Beaulieu Abbey, Netley Abbey occupies a pretty, wooded setting close to Southampton Water. The abbey was dissolved in 1536 and later became a private mansion. In the 18th century it passed to a Southampton builder who was killed by falling tracery as he began to demolish the site.

I was born in Netley Abbey in 1962. My dad and uncle were joint managers of Netley F.C. who had their ground at the rec down by the waterfront. I was only 11 when my uncle died and 12 years old when my dad died so the memories I have are very few and far between. I do remember that when we had football matches, I used (...Read full memory)

I remember playing for Netley Boys Club - the team was run by Ernie Chambers and Lou Jones, RIP both of you. They were amazing and we had a good team; Chris Queen in goal, he had trials with Newcastle United, his big brother Bob, George Jones, Lou's son, was Captain, Kevin Crotty, Arthur Chambers, Roy Kinge who married (...Read full memory)

I remember the person who broke his leg that day was Bernie Lowe as I was playing for the team Hound United against Netley FC on that pitch. I also remember your father as I played for them for a season with I think your brother Arthur. I played also for Netley Sports for a number of years and still come back now to the (...Read full memory)

In 1955 I was 4 years old - I grew up in this street No. 50 Victoria Rd - that house is not in shot but further down the road toward Station Rd & The Prince Consort. I went to Netley Infants school on the corner of Victoria Rd & Station Rd. I rode my trike around the block doing wheelies around the corner of New Rd (...Read full memory)